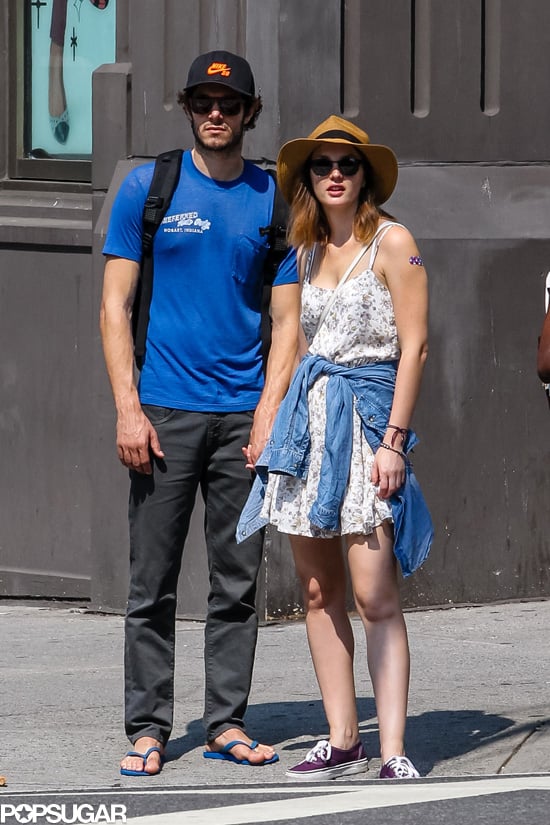 In case you were wondering, Adam Brody and Leighton Meester are still dating. The pair brought their PDA to the East Coast for a hand-in-hand stroll in NYC's SoHo neighbourhood yesterday. Adam and Leighton were last spotted together during a coffee stop with their dogs in LA last month. The pair, who have been romantically linked since February, are able to spend a bit of downtime together for now since Adam recently wrapped promotions on his latest big-screen project, Lovelace, which comes out in Australia on Sept. 26. His free time will soon come to an end, though, as it was announced that he will be one of the guest stars to hit the Fall TV season in the US with a cameo on The League.