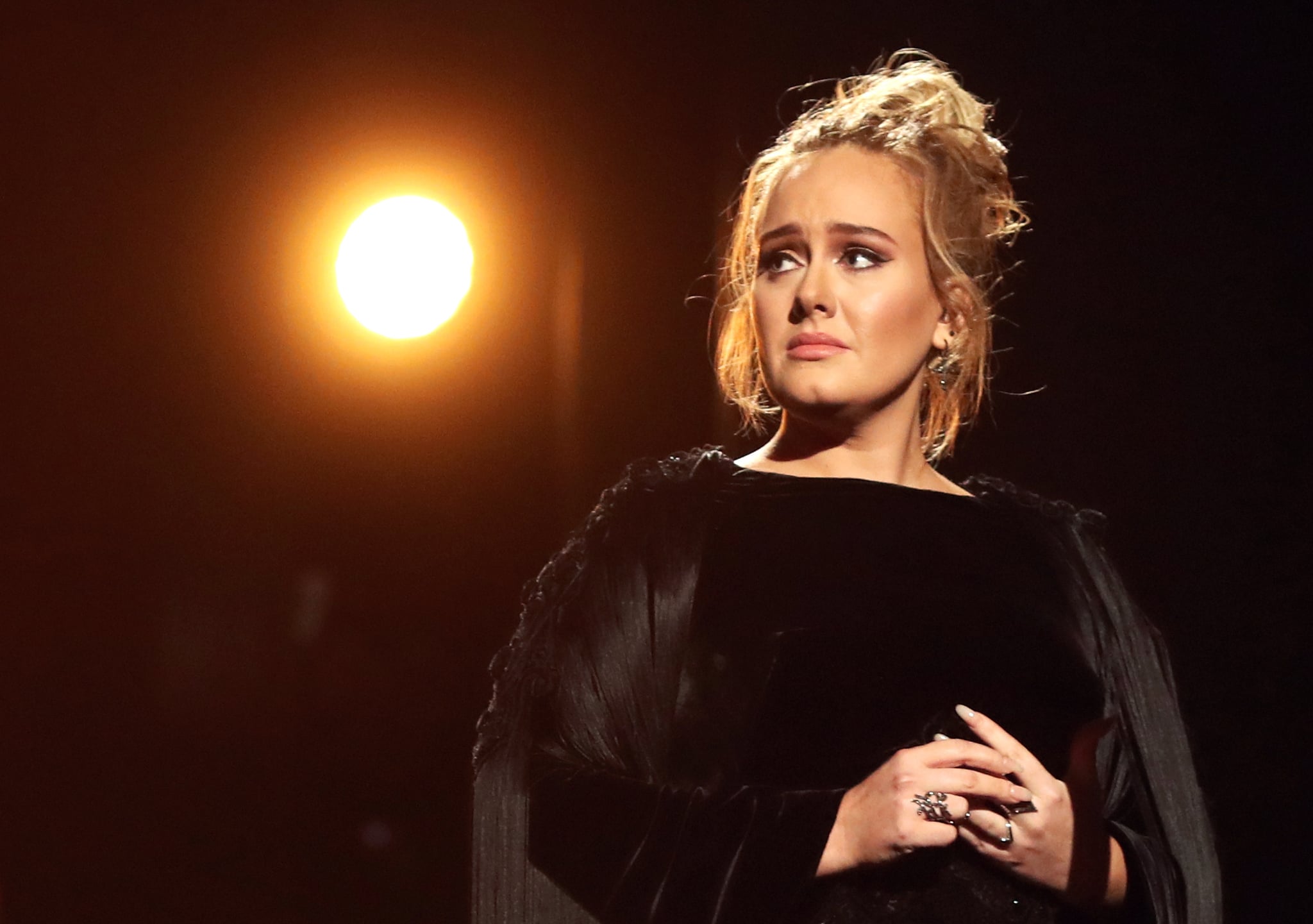 There were a lot of memorable moments when it comes to Adele's Grammys night. After all, she won every award she was nominated for and spent a fair amount of the night gushing about Beyoncé. Perhaps her most memorable part of the night came when she paid tribute to George Michael. It was a moment that was so important to her that she stopped and restarted the song when she felt like the performance wasn't going as expected. Backstage in the press room, Adele was asked to comment on the moment, and it turns out this was more than just a tribute. The singer had been working hard on it, and George Michael was one of the most influential individuals in her young life. Read her quotes about him below.