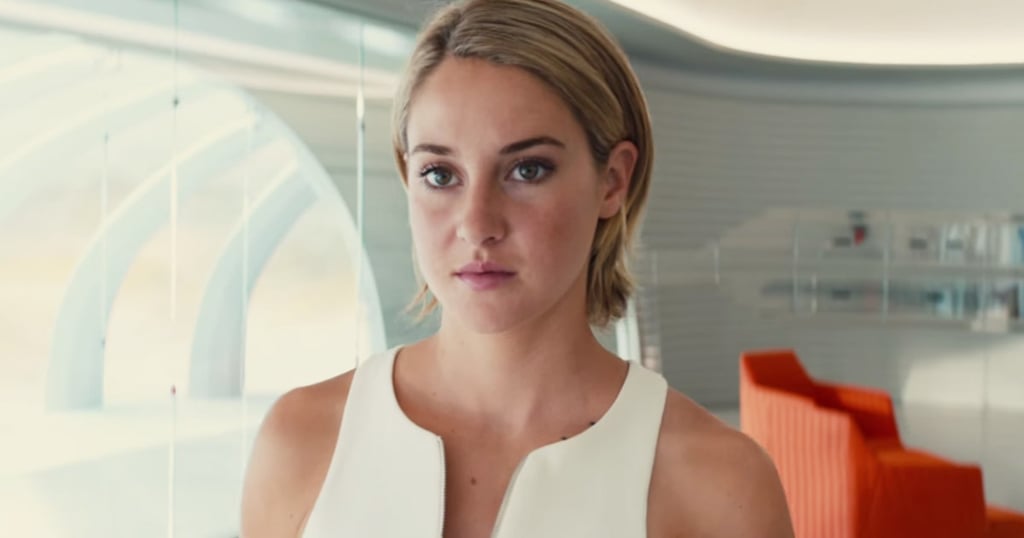 The Newest Allegiant Trailer Is Beautiful, and Not Because Theo James Gets Naked

Full stop: the beautiful, dramatic new trailer for The Divergent Series: Allegiant is here, and it really blows the doors open on that whole Divergent/faction thing. Shailene Woodley is back as Tris in the third installment of the films, which recently dropped its "Part 1" subtitle (The Divergent Series: Ascendant is now the title of movie number four).

If you recall, Evelyn (Naomi Watts) shoots Jeanine (Kate Winslet) point-blank at the end of Insurgent, and Tris and Four (Theo James) must quickly decide who they can trust while their world crumbles. The fresh trailer gives us even more glimpses into the new world we'll be seeing than any of the previously released clips and has the added bonus of some particularly steamy scenes of Tris and Four stripping down. Plus, there are a lot of cool gadgets and new cast members, so make sure you catch the movie when it comes out on March 18.