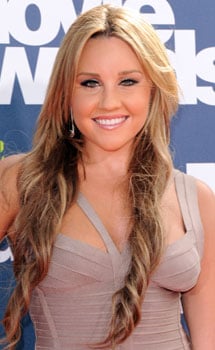 Amanda Bynes was arrested in New York on Thursday night (US time) for smoking marijuana in the lobby of her apartment building. She was also charged with tampering with evidence after throwing a bong out the window of her apartment when the police arrived. Amanda was supposedly taken to a hospital for a psychiatric evaluation before being taken to the police station. This is just the latest in a string of troubles for the actress, including a DUI arrest last year.