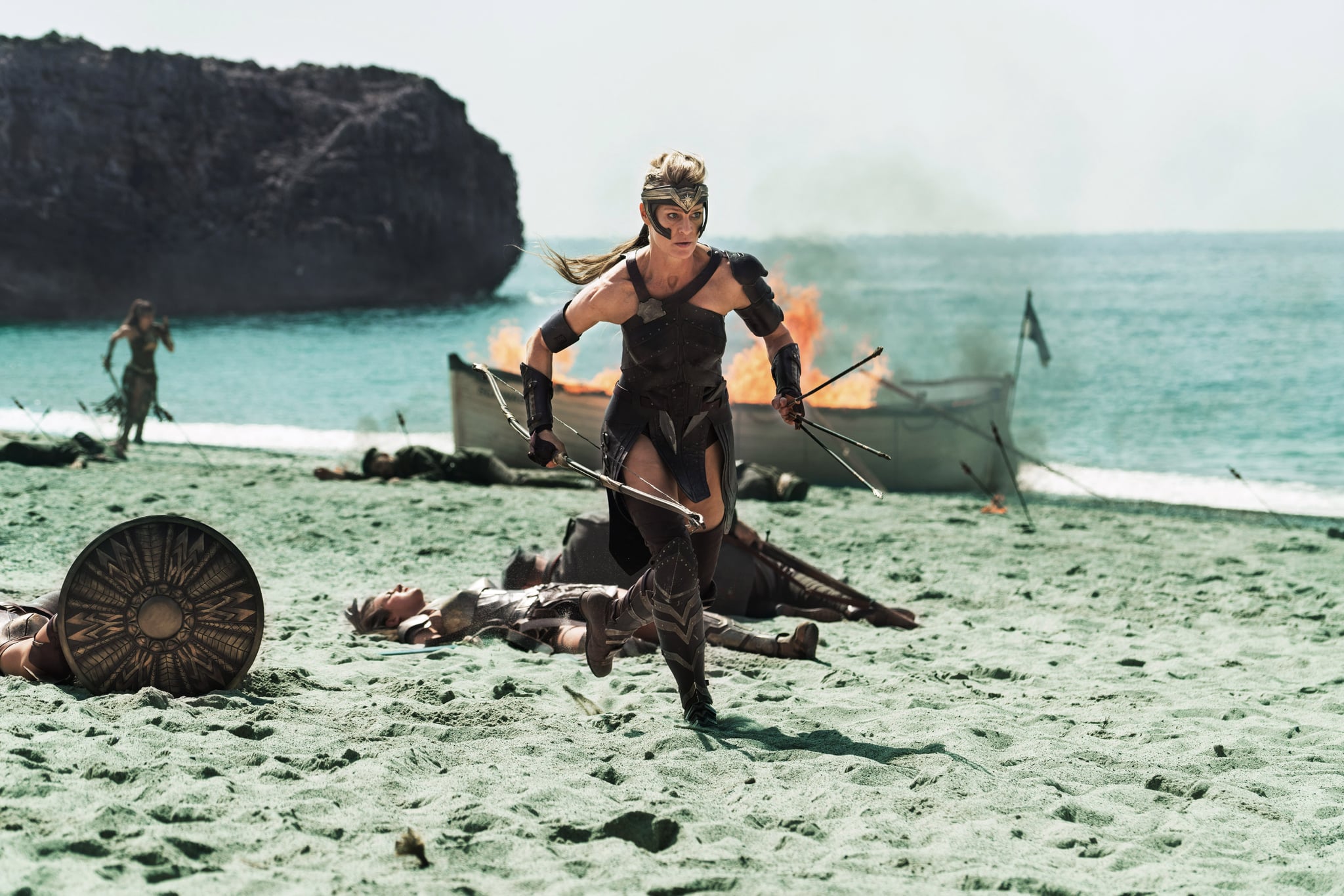 The mostly positive hype for Justice League just took a bit of a hit. The latest foray into the DCEU focuses on the combined talents of Aquaman, The Flash, Batman, Cyborg, and Wonder Woman. At the moment, though, all anyone can talk about is what the Amazonian warriors of Themyscira wear in the film — or rather, what they don't wear.

As pointed out by The Golden Lasso, as well as on Twitter by freelance writer Atte Timonen, it looks like the battle armour worn by the Amazons in this year's Wonder Woman has been redesigned for Justice League, and fans aren't thrilled (for obvious reasons). In Wonder Woman, the fierce soldiers rock costumes designed by Lindy Hemming that cover their shoulders and torsos, which makes sense since they're constantly dodging deadly spears and swords. But in costume designer Michael Wilkinson's hands, the revealing garb the Amazons wear in Justice League makes them look like they'd be better suited lounging on a beach rather than fighting enemies to the death on one.

In case you wonder: Here's a picture of how the Amazons looked in Wonder Woman...next to pic how they look in Justice League. First designed by Lindy Hemming, second by Michael Wilkinson.

Now, it should be noted that the trailers for the upcoming superhero flick imply that we'll be seeing an older version of Themyscira. Maybe the Amazons started off wearing skimpy bikinis before realizing that their stomachs would be far better off covered by some impenetrable armour? Maybe the photo going around is from a more casual scene, rather than a hardcore battle?

Another Twitter user pointed out that Zack Snyder, who was originally on board as Justice League's director before exiting following the death of his daughter, had other ideas for the Amazon costumes in mind before his departure. As you can see, they're on par with the ones seen in Wonder Woman.

The new Justice League looks are also pretty reminiscent of these training costumes that the Amazons wear in Wonder Woman, below:

Bit of cherry picking there. These are also Amazon costumes from the first film pic.twitter.com/8U1d0mIVwx

Then again, promotional imagery for Justice League (specifically for actress and CrossFit champion Brooke Ence) makes it seem like the modern-day battle armour for the Amazons will be of the belly-baring variety. The cliché bikini style can also be seen in the trailers, where some of the Amazons go headlong into battle with very little coverage. Not exactly the kind of outfit you want to be wearing when all of your vital organs are under threat from bullets, spears, and other weaponry, right?

With so many different images floating around, it's hard to pin down anything concrete ahead of Justice League's Nov. 16 release. That being said, seeing these kickass female characters who were a part of Wonder Woman's strong feminist message reduced to little more than eye candy wouldn't exactly be surprising, given Justice League's predominantly male production team. Wonder Woman director Patty Jenkins was championed for presenting female characters whose appearances didn't adhere to the male gaze; they weren't merely on screen as sexy set pieces. It was a major, positive step forward, so let's hope Justice League stays true to form.