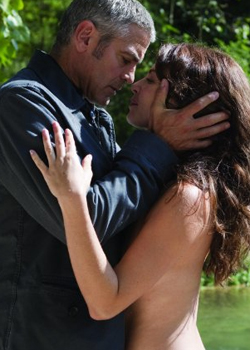 The American hit cinemas this week, starring George Clooney as a sombre assassin/gunsmith who travels to Italy for one final assignment. Despite his reclusivity, he befriends both a priest (Paolo Bonacelli) and a prostitute (Violante Placido), until increasing paranoia leaves him wondering who to trust. His suspicions are warranted: someone is on his trail. Clooney is obviously the box office draw here, and this film rests entirely on his shoulders. But does he carry it well? Read on for what you should know before buying your ticket.