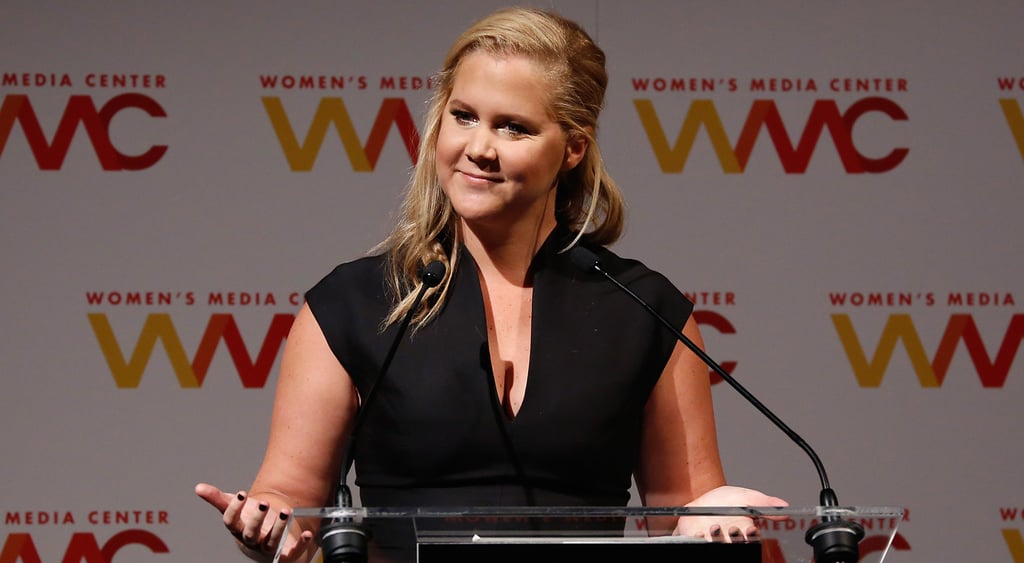 Amy Schumer gave a hilarious speech to open the Women's Media Awards on Thursday night in NYC. It really seems like no topic was off limits for the comedian, who addressed that Kardashian insult in her SNL monologue, and the state of feminism in the entertainment industry. Between Trainwreck, her epic Emmy win, and everything else in between, it really seems like Amy's having her best year ever. And the most exciting part is, she doesn't seem to be slowing down. Read on for the most hilarious tidbits from her speech, then look at even more of Amy's funniest quotes.