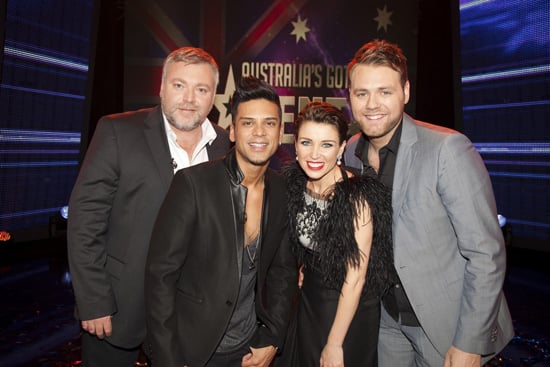 Andrew de Silva won the 2012 series of Australia’s Got Talent last night! The R&B singer took out the grand prize of $250,000 over Tasmanian country road band The Wolfe Brothers. Andrew, who used to be in the ’90s band CDB but was forced to leave due to illness, said of his win, “It was just an amazing moment. This is all a dream . . . I feel amazing. It’s just such a beautiful way for it to come to an end and in a way it’s actually a new beginning.” He also spoke highly of the runners-up, adding, “I was so happy to be up there with those guys, I have much so respect for them. It’s real music as well, so for both of us to be up there together is incredible and such a positive achievement for original Australian music.” The other acts in the grand finale decider were dance troupe Kookies and Cream, quick change artists Soul Mystique, singer/songwriter Joe Moore, acrobatic group Odyssey, beat boxer Genesis and stripper Dylan Yeandle.

TV
Freaked Out by The Social Dilemma? You Should Make Qwant Your Default Search Engine
by Corinne Sullivan 16 hours ago

TV
Ratched: You Can Be Hopeful That Netflix's Sinister Series Will Return For Season 2
by Brea Cubit 17 hours ago

TV
Brace Yourselves, PEN15 Fans: Even More Season 2 Episodes Are Coming Next Year
by Victoria Messina 17 hours ago

TV
Miss Girlfriends? Find Out What the Cast Has Been Up to Lately
by Amanda Prahl 21 hours ago