Remember when I told you about Anna Faris' upcoming project What's Your Number? with future Captain America Chris Evans? We're getting more details about other members of the movie's ensemble, particularly the men who will be stepping in as her old boyfriends. 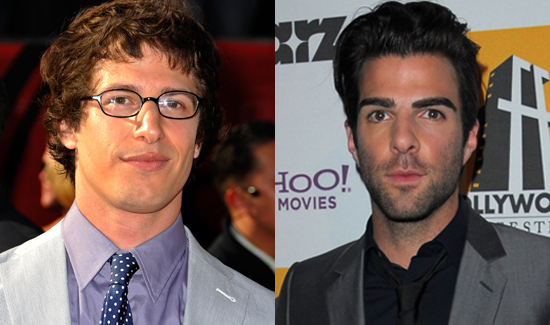 Andy Samberg has signed on to play one of Faris' past loves and Zachary Quinto is also in talks. Since the main character's exes in Karyn Bosnak’s book 20 Times a Lady (on which the film is based) are described as "an inmate, a rehab patient, a dog-obsessed Amway salesman and a Muppeteer", I'm psyched to see both of these guys step into such kooky parts. Can't you just picture Samberg as a Muppeteer?! Hilarious. Also, it'll be nice to watch Quinto's funny side—which we didn't exactly get to see behind those pointy ears in Star Trek. What do you make of Quinto doing comedy? And are you happy to see Samberg on the big screen again?