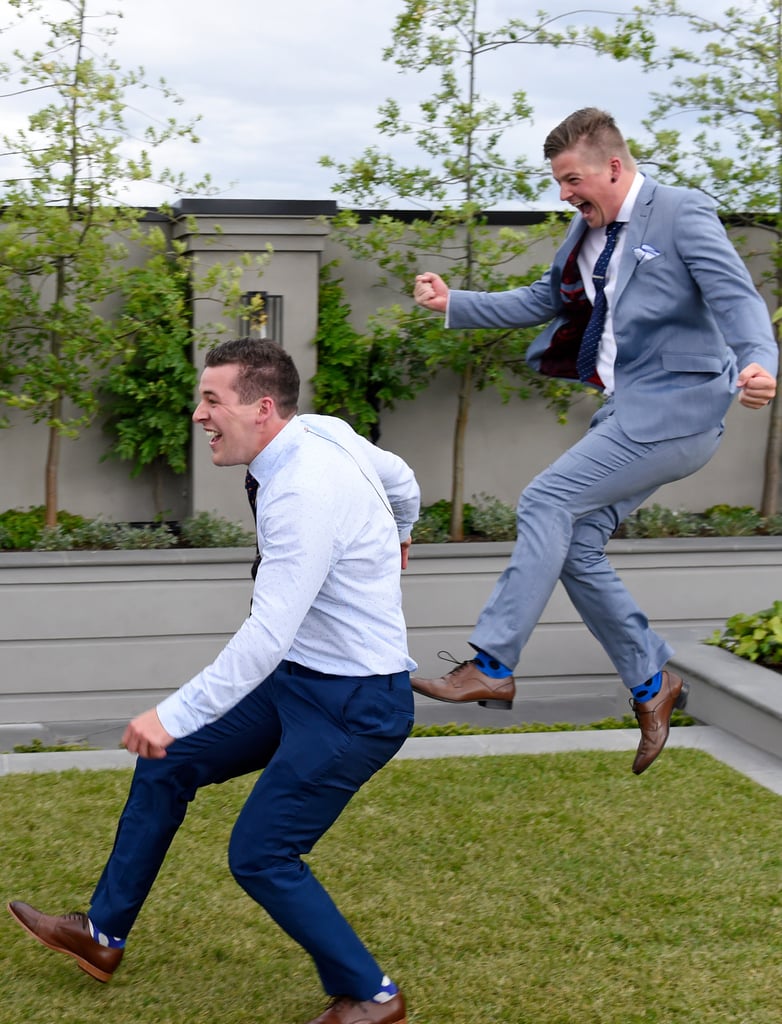 They weren't last night's winners, but it certainly seemed that way for The Block contestants Andy and Ben. The primary school teachers and best friends were the comic relief throughout the season, often referring to themselves as "a couple of school teachers who don't know what they're doing." However they were savvy enough to build the only apartment with four bedrooms and an extra bathroom.

Last night their apartment was the last to be auctioned and they told the host, Scott Cam that all they wanted was to make the equivalent of a first year teacher's annual salary — $60,000 each. As soon as the bidding started one salary was in the bag and the second shortly after. Ben and Andy's reactions were brilliant, and as the bidding kept going, the two got more and more excited. Their apartment finally sold for $2.25 million making the besties $510,000 — over a quarter of a million each. They boys were stoked and celebrated with a victory run on the rooftop. It was great TV.

Scroll to see those reactions again, they're guaranteed to put a smile on your face.

MAFS 2020
Jules and Cam from MAFS Are Having a Baby!
by Hannah Story 7 hours ago