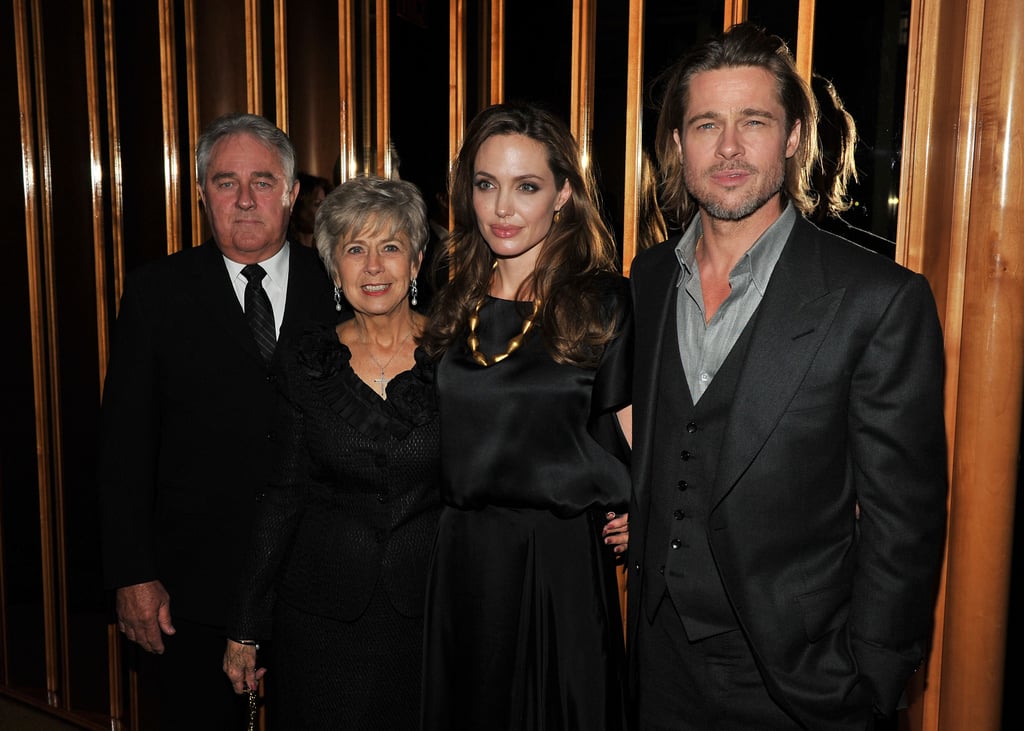 Angelina Jolie's NYC premiere of In the Land and Blood and Honey took place at the School of Visual Arts yesterday, and the fun continued with an after party at the Top of the Standard. She posed at the hotel bar with Brad Pitt, whose parents Jane and Bill Pitt were along for the evening. Angelina also had the company of her film's stars, including Goran Kostic, Zana Marjanovic and Vanessa Glodjo.

The screening was co-sponsored by the Council on Foreign Relations, and many of Angelina's politically connected friends turned out to see her directorial debut. Christiane Amanpour, who just interviewed Angelina for Good Morning America and Nightline, stuck around for the festivities at the Standard with James Rubin. On the red carpet, though, Angelina said her film is hard to watch. She commented on the graphic nature of her depiction of the Bosnian war, saying, "It's a very hard conflict to understand and region to completely understand. And I think it's very hard to watch intentionally. It hopefully has enough of a dramatic sense to it where it's a film, and you want to watch it, and you enjoy the characters, and you understand the characters, and that brings you through. But it's brutal — it shows brutality — and we hope it gives people an authentic feel to be inside of something that is uncomfortable."