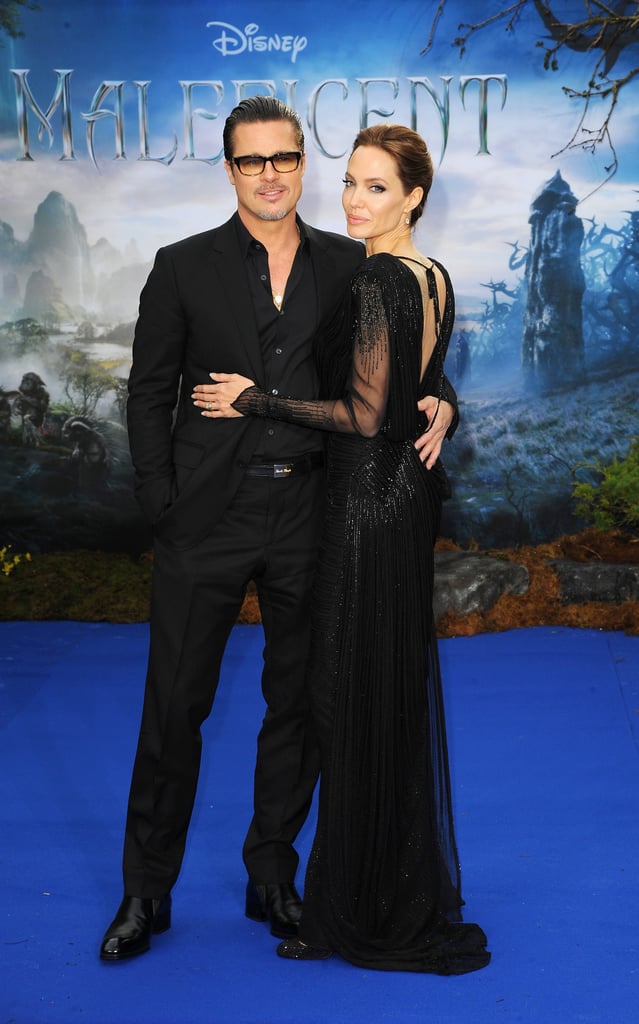 Angelina Jolie channelled her Maleficient character in a dramatic black gown at a special event for the film in London on Thursday. She was joined at Kensington Palace by Brad Pitt and their son Maddox, who brought a friend along for the fun. The reception, which featured a display of costumes and props from the movie, was held to benefit the Great Ormond Street Hospital.

Angie's co-star Elle Fanning was also in attendance and posed solo after the duo kicked off their press tour earlier this week with a Maleficent photo call in Paris. The movie comes out later this month, but you can take a look at a terrifying Angie in the trailer now.