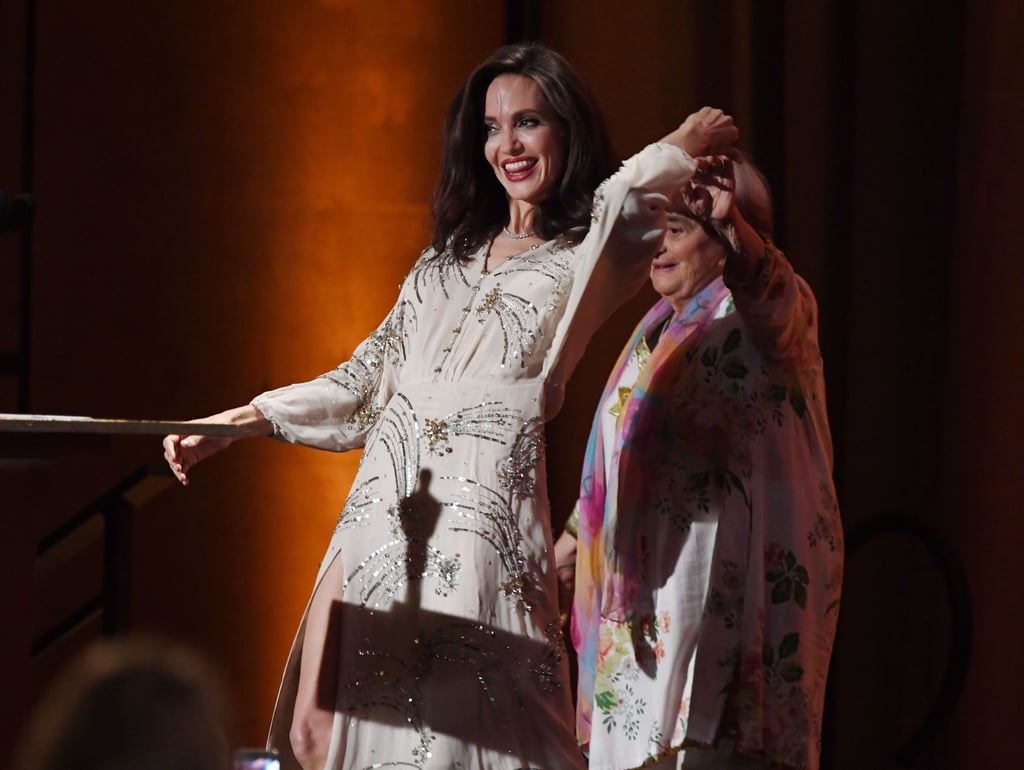 Angelina Jolie was one of the many stars who attended the Governors Awards in LA on Saturday night. Dressed in a gorgeous sequinned gown, the actress was on hand to present the coveted honorary award to director Agnes Varda, 89, but what Angelina didn't see coming was the celebratory dance that followed. After Angelina gave Agnes her award, the director told the audience, "Tonight, I feel like dancing." Angelina happily obliged, and the two proceeded to twirl each other around on stage. Honestly, the entire thing is just too cute not to watch.

Related:
Angelina Jolie Drops Jaws While Being Honoured at the Hollywood Film Awards