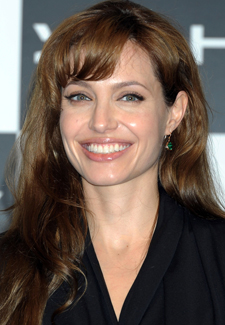 Angelina Jolie is on a roll! Following yesterday's news of her directorial debut, the actress is also eyeing a film role (this time in front of the camera) based on the British miniseries Unforgiven. The story follows a woman who leaves jail after a 15-year sentence for the murder of two policemen, as she attempts to quietly rejoin society. The sons of one of the victims, however, want revenge for their father's death and seek her out. Jolie reportedly is waiting for the script to be completed until she officially signs on, but otherwise, this sounds like a done deal. There's no doubt that Jolie can do the troubled-woman-running-from-danger act (for reference, see Salt), but I'm more curious about how she finds the time for all of these projects.