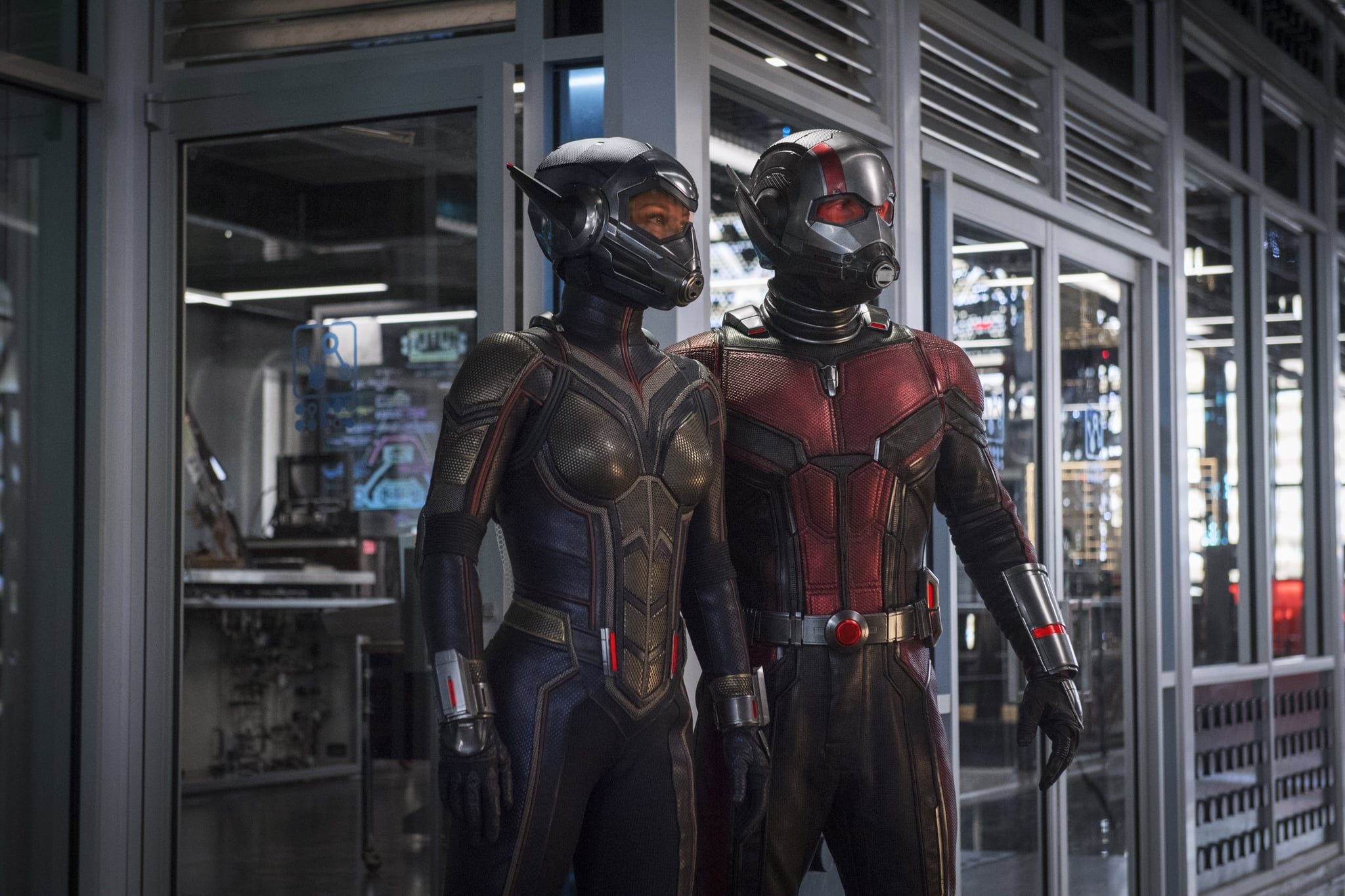 OK, like, we knew that Paul Rudd and Evangeline Lilly were going to look good in Ant-Man and The Wasp, but we didn't realise just how good. Fortunately, the good people over at Marvel have released the first photo from the Peyton Reed-directed sequel to 2015's Ant-Man. The image features Rudd and Lilly suited up as their superhero alter egos, and both of them look ready for battle. It's the first time we've seen the pair in costume since it was announced that Lilly's character, Hope van Dyne, would be putting both her badass brains and boxing skills to use as The Wasp.

The sequel will follow Rudd's Scott Lang as he balances being a father to his young daughter, Cassie, as well as all the duties that come along with being a superhero, until a new mission from Hope and Dr. Hank Pym (Michael Douglas) throws a wrench in that balance. Now that Michelle Pfeiffer has joined the cast, it's pretty clear that the aforementioned mission will involve rescuing Janet van Dyne — the original Wasp, Hope's mum, and Hank's wife — who disappeared years earlier and was presumed dead after getting lost in a subatomic realm. Since we see Scott escape from a similar situation in Ant-Man, the team has a greater chance than ever to bring her back.

The sequel doesn't hit cinemas until July 6, 2018, so sit back and enjoy that photo in the meantime.

Image Source: Marvel
Join the conversation
MoviesAnt-Man And The WaspMarvelPaul Rudd
More from POPSUGAR
From Our Partners
Related Posts

Movies
Grool! Tina Fey's Mean Girls: The Musical Is Being Turned Into a Movie
by Chanel Vargas 8 hours ago

Movies
Antebellum, Which Already Looks Like the Scariest Movie of 2020, Might Also Have the Best Cast
by Corinne Sullivan 10 hours ago

Movies
Get Ready to Blush, Because These Are the 42 Sexiest Movies of All Time
by Corinne Sullivan 2 days ago

Celebrity Interviews
Finn Wolfhard Is as Excited as We Are About Stranger Things Season 4: "It Feels Like Home"
by Brea Cubit 3 days ago