Antonio Banderas and Salma Hayek have been travelling the globe to promote their new animation, Puss in Boots, a spin-off from the successful Shrek franchise. They’re currently in town for the Australian leg of the tour, which included a fun premiere in Sydney yesterday. The festive atmosphere of the film was recreated at the Entertainment Quarter yesterday, with a long yellow carpet covered by a multi-coloured tent and piñatas. Pre-show entertainment included a band and traditional Spanish dancers. A life-size Puss walked the carpet before his voice actor Antonio, who signed autographs for fans and then joined leading lady Salma to pose with the cat. The sunny weather also meant it was a great family day out for some Aussie stars who attended, including Amanda Keller, Larry Emdur, Napoleon Perdis, and Robert, Bindi and Terri Irwin. Puss in Boots is released in cinemas on Dec. 8.

Babies
Ciara Said Her 3-Year-Old Daughter Thought Her Brother Was a Baby Doll, and Welp
by Murphy Moroney 10 hours ago

Celebrity Families
See the One Photo Natalie Portman Has Shared of Her 2 Kids, Aleph and Amalia
by Alessia Santoro 10 hours ago

Billie Lourd
Billie Lourd's Son Is the Late Carrie Fisher's First Grandchild, and He's Named After Her
by Alessia Santoro 10 hours ago

Gigi Hadid
Gigi Hadid and Zayn Malik Have a Daughter! Here's What We Know About Her
by Alessia Santoro 3 days ago

Staying Home
David Burtka Knows Parents Simply Can't Do It All During COVID, and Cheers to That!
by Murphy Moroney 3 days ago

Little Kids
Hilary Duff Wrote a Kids' Book Inspired by Her 1-Year-Old Daughter, and It Looks Adorable
by Murphy Moroney 3 days ago 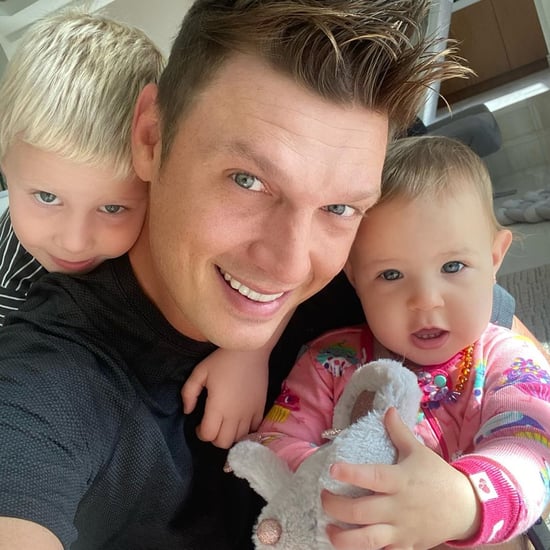 Celebrity Kids
Nick Carter Is Officially a Dad of 2! See the Cutest Photos of His Son and Daughter
by Alessia Santoro 3 days ago

Zaya Wade
Gabrielle Union on Zaya Coming Out as Trans: "It Was Just a Beautiful, Full-Circle Moment"
by Murphy Moroney 3 days ago