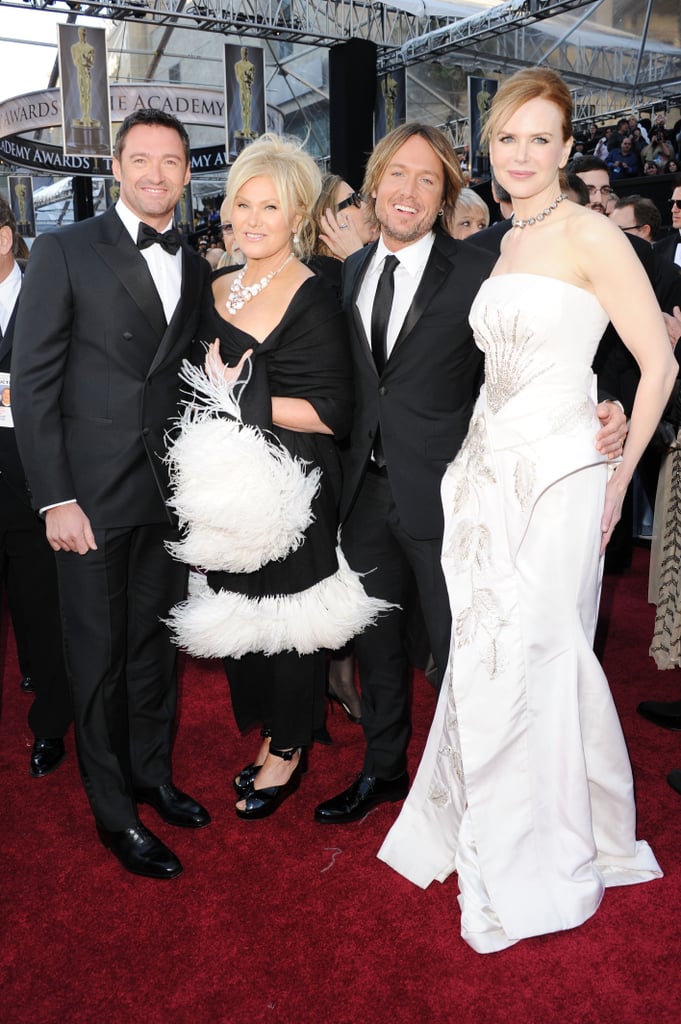 What a star-studded line up the Oscars had yesterday! Even better? The fact that there were so many Aussies at the event, whether they attended the actual show or rubbed shoulders with other famous folk at one (or more) of the swanky parties. We had high hopes for our nominated acting talent — Nicole Kidman, Jacki Weaver and Geoffrey Rush — but unfortunately the competition was too strong this awards season. Presenters Hugh Jackman and Cate Blanchett have had their own brushes with Oscar — Hugh hosted two years ago and Cate’s won best supporting actress — while Aussies behind-the-scenes like Shaun Tan and Emile Sherman walked away with Oscar gold for their respective projects The Lost Thing and The King’s Speech. Over at the after parties, Chris Hemsworth turned up with wife Elsa Pataky, while his younger brother Liam managed to do double time at both the Vanity Fair and Elton John bash. Other Aussies who dressed and suited up for the huge Hollywood event include True Blood hunk Ryan Kwanten, Naomi Watts, Isla Fisher and Mia Wasikowska. Click through to see the Australian talent at the Oscars!

Celebrity Style
Storm Reid's Purple Dress Is Dripping in Pearls and Crystals, So Consider Her Royalty
by Victoria Messina 2 days ago

Celebrity Style
Lizzo Wore a 24K Gold Bar Clutch on the Red Carpet, So Consider the Bag Secured
by Karenna Meredith 4 days ago

Celebrity Style
Rihanna's Ruffled Dress Looks Like a Flower in Full Bloom, and We've Got Bouquets on the Brain
by Karenna Meredith 4 days ago

Award Season
As Per Usual, Lewis Capaldi Had the Most Fun on the 2020 BRIT Awards Red Carpet
by Phoebe McRae 1 week ago