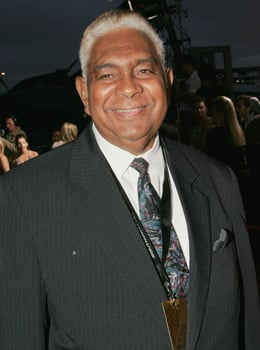 Jimmy Little has passed away; he was 75. The Aussie music icon, who was born James Oswald Little, reportedly died at his home in Dubbo with his daughter present. He had been suffering from a long illness after receiving a kidney transplant in 2004.

Jimmy’s career spanned over six decades after he broke out onto the Australian music scene as one of the first successful indigenous recording artists. He was was inducted into the ARIA Hall of Fame in 1999 and was known for his songs “Royal Telephone” and “Baby Blue.”

Celebrity News
Michael B. Jordan Honours Chadwick Boseman in a Heartfelt Statement: "You Are My Big Brother"
by Yerin Kim 4 weeks ago

Movies
Marvel Honours Chadwick Boseman With Black Panther Tribute: "He Wore the Crown With Dignity"
by Mekishana Pierre 4 weeks ago