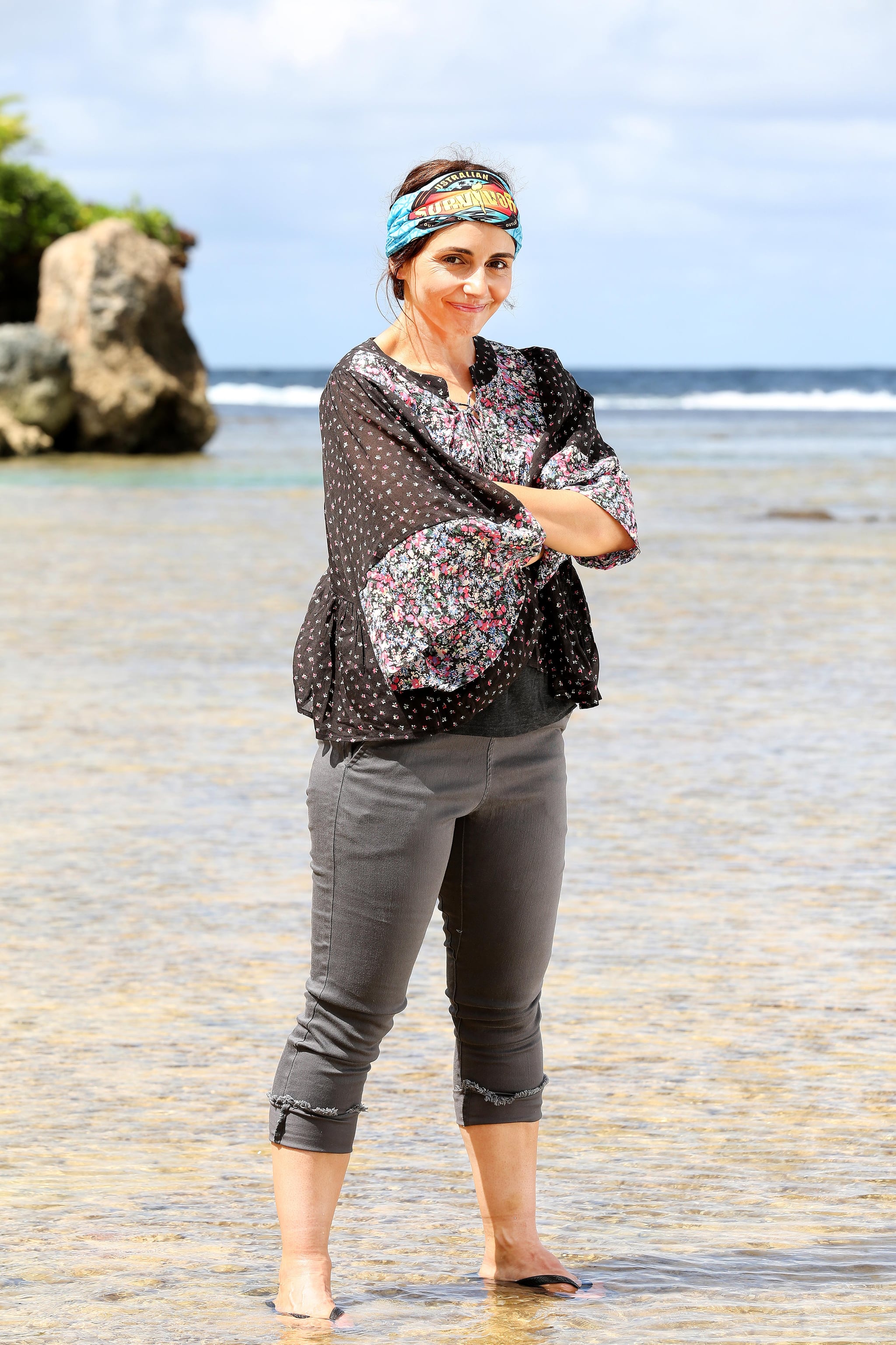 Pia Miranda got her big break when she starred as the iconic Josie Alibrandi in the classic Aussie film Looking for Alibrandi. But, it seems we're set to see a whole new side of the actress when she hits our screens again as a contestant on Australian Survivor: Champions v Contenders. The self-confessed "massive" Survivor fan may be on the Champions tribe, but she says she's certainly prepared to "play like a fan" out on the island. Below, she chats her love of the game, how she prepared to play and what viewers can expect from the season.

POPSUGAR Australia: Hey Pia! I was so excited when I heard that you are a big Survivor fan, especially since people on the Champions tribe aren't always. Can you tell us a bit about your relationship with the show prior to playing?

Pia: I've always been a big fan! I've watched it since it started in 2000 and haven't missed a season, it's definitely one of the great loves of my life. I just truly love Survivor so much, and didn't think I'd ever get the opportunity to play. I'm not really the kind of person who ever thought they'd end up on a reality TV show, but I think Survivor is really different. When the opportunity arose, I just felt like I couldn't say no, given I've been sitting on the couch for 20 years saying I could win. It was like, now's my chance.

PS: Wow, I can't wait to see how it all plays out! What did you do to prepare for going on?

Pia: Well I do a lot of yoga anyway, so I kept up the yoga, and also ran and swam a lot. I probably should have done more weights, I think sometimes I forgot that the Australian challenges are very physical compared to the American version, so I could have done a few more weight sessions. I did go in pretty fit, but then I just pigged out for three weeks prior to going on and got pretty fat!

PS: I feel like the challenges on a Champions v Contenders season are particularly hectic given around half the Champions tribe are or were professional athletes . . .

Pia: Yeah, that was definitely confronting for me. You go into the game with an idea of how you're going to play, but then I walked in and saw that 80 per cent of my tribe were professional athletes, so I really had to switch things around in my brain. I thought to myself, if I'm not careful they're going to eat me alive, so how do I survive this situation? So from day one . . . it was on for me! [Laughs]

PS: On that note, what was your strategy going into the game?

Pia: Generally as a fan, I think people who play a quieter game in the first week or two tend to do well. You just hope there's going to be someone crazy or someone who does something stupid so they put a target on their back. So that was my strategy, but when I looked at my tribe I realised that if we lost immunity, I might be a target just for not being an athlete. So it was then I realised I had to switch it up, and play from pretty much day one.

PS: Ooh, the intrigue! As a fan, what surprised you about the experience?

Pia: This is going to sound really cold, but I used to get surprised when people would cry. [Laughs] I'd be like, what's wrong with you, it's just a game! But from day one it's like you're cold, you're hungry and you don't know when you're going to see your family again, so your emotions become really raw. I think that's what mainly surprised me, the fact I thought it was a lot tougher than I clearly am.

PS: Did your tribe mates already know who you are upon first meeting? What was their perception of you, from what you could gather?

Pia: I mean I'm not sure, I'll have to wait to see what they said behind my back! I think some of them knew who I was, and some of them I knew and some I didn't, so it was mixed. But definitely all of the sports people knew each other, and that was a given, but the rest of us were slowly introducing ourselves and trying to find out who we could mesh with.

PS: What can viewers expect from this season in general?

Pia: I think this season is really interesting. Honestly, I think the Contenders are a really exciting bunch. There's a few people on that tribe who are just great TV and great personalities. I think there's a lot of potential in the Champions, because Champions are more well known, but I think it's the Contenders who are really going to be exciting, and put a lot of colour into the game.