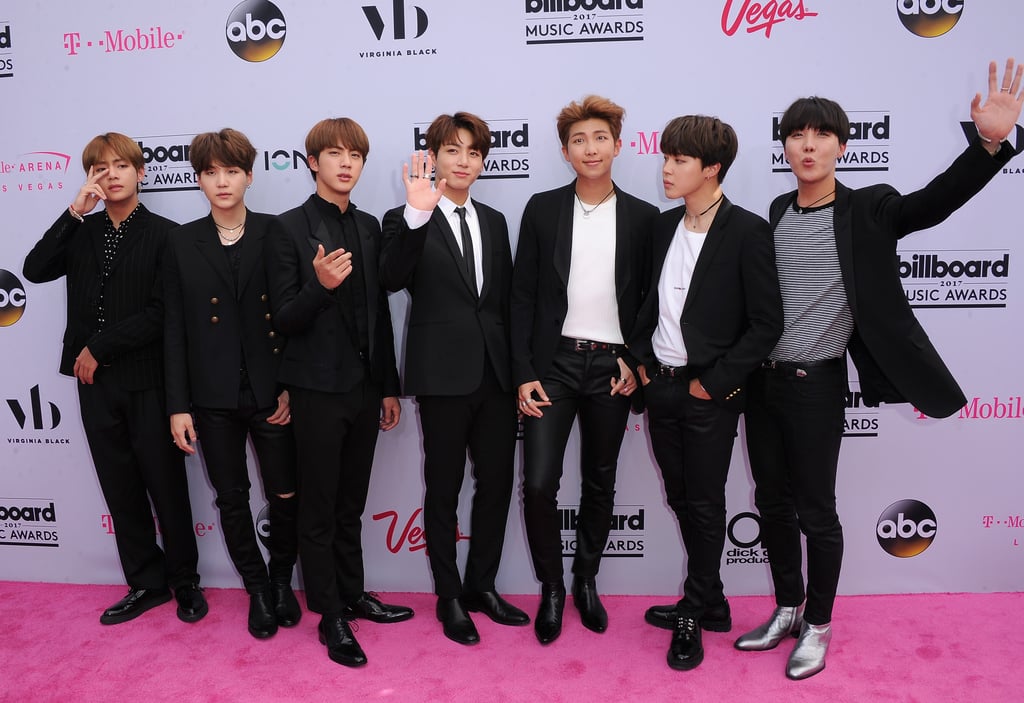 Boy bands may have taken over in the '90s, but this K-pop group is proving seven guys can still melt hearts around the world. Bangtan Boys, or BTS, is the first K-pop group to be nominated for a Billboard Music Award and the second they hit the magenta carpet in Las Vegas, the fans went wild.

The group is competing against Justin Bieber, Selena Gomez, Ariana Grande, and Shawn Mendes for the top social artist award and based on their insanely large social media following, we have high hopes for the guys! Keep reading to see photos of Korean pop stars Jimin, Jungkook, V, Suga, Jin, J-Hope, and Rap Monster at the 2017 Billboard Music Awards.

Celebrity Beauty
Lizzo Used Nail Art to Encourage Her Fans to Do 1 Thing at the Billboards: Vote
by Danielle Jackson 2 weeks ago