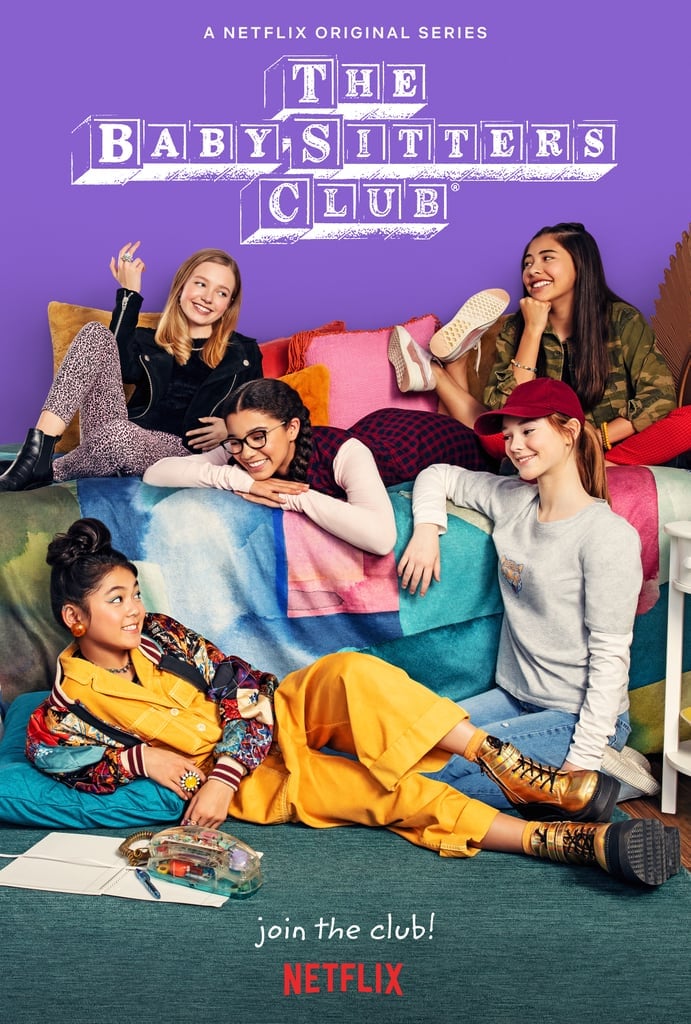 Netflix has finally tapped the full cast for its Baby-Sitters Club reboot and dropped a first look at the series to boot! Alicia Silverstone and Mark Feuerstein lead the series as Elizabeth Thomas-Brewer and Watson Brewer, the mother and stepfather of BSC founder Kirsty Thomas, respectively, and they're joined by five newcomers who are bringing the iconic club members to life. It's fitting that Silverstone is joining the production, since she has a history of starring in pop culture classics. (Yes, I am referring to Clueless, as if anyone could forget.)

Based on Ann M. Martin's bestselling book series, the 10-episode, live-action series was picked up by Netflix back in February and will follow the babysitting adventures of five friends (and the others who join throughout the series) who decide to start a business in their sleepy town of Stoneybrook, CT. The Walden Media-produced series will be set in the present and tackle modern-day issues that include divorce, racism, and belonging in a series geared for kids, teens, and adults.

Keep reading to check out the full cast and meet our official Baby-Sitters Club members in a poster inspired by the iconic cover for the first book!

TV
Miss Girlfriends? Find Out What the Cast Has Been Up to Lately
by Amanda Prahl 1 day ago
Latest Celebrity