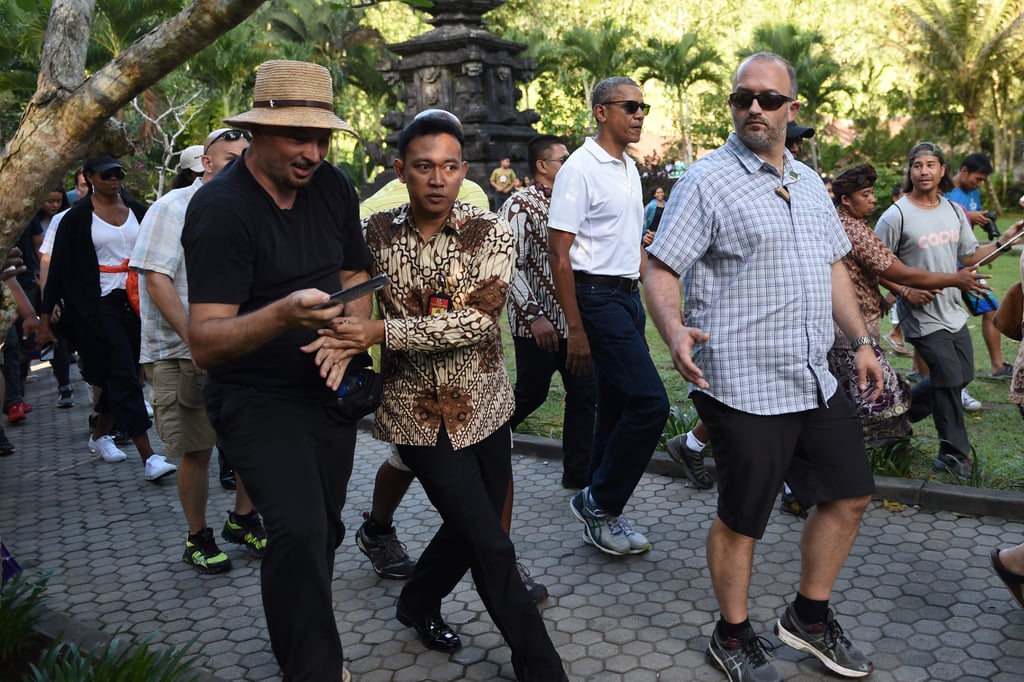 Is anyone having more fun than Barack Obama post-presidency? The former president and his family officially kicked off their 10-day vacation in Bali, Indonesia last week. The country holds a special place in Barack's heart given that he lived there for several years as a child. The family has been doing a lot of exploring during their trip, including visiting the Jatiluwih Rice Terraces in Tabanan and the Botanical Garden in Bogor. Earlier this week, Barack and Michelle appeared to have a blast while whitewater rafting in the Bongkasa Village with their daughters, Sasha, 16, and Malia, 18, before they stopped by the Tirta Empul Temple. The ladies wore matching yellow sarongs and Michelle accessorised hers with a pair of hoop earrings. Balinese temple etiquette requires both men and women to wear clothes that covers past the knee and a long sarong and sash are mandatory temple attire.

Barack lived in Indonesia for four years when he was 6 years old. His mother, Ann Dunham, married an Indonesian man and worked as an anthropologist in the city of Yogyakarta before Barack returned to his home state of Hawaii to live with his grandparents. The brood is expected to make stops in Jakarta and Yogyakarta, and Barack is also scheduled to speak at an Indonesian Diaspora Congress event on July 1.