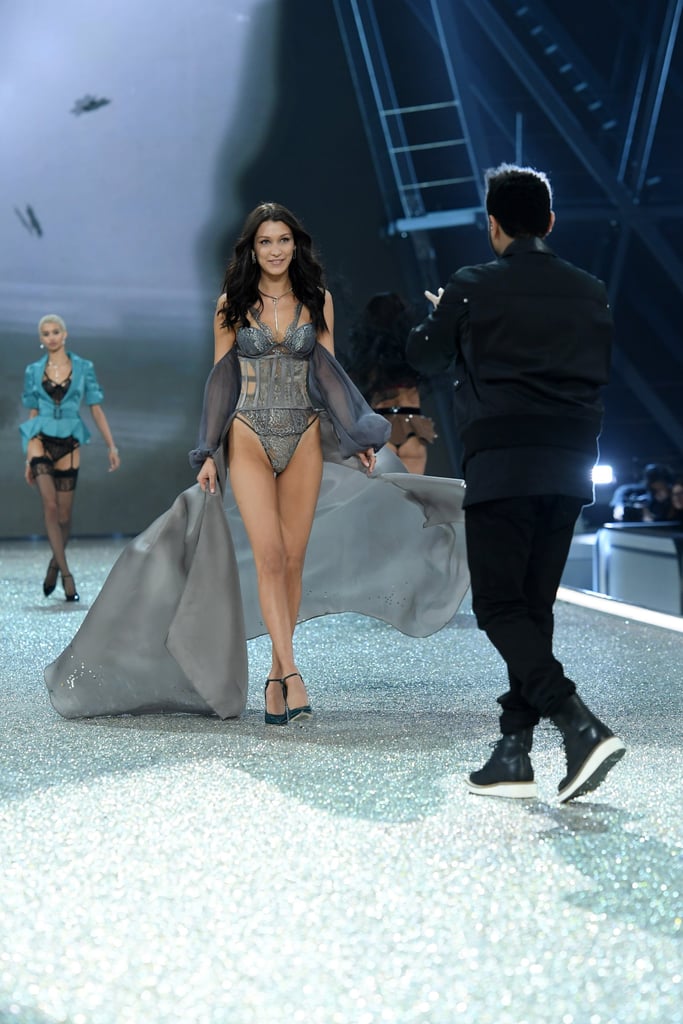 Running into your ex after a breakup can be super awkward, but Bella Hadid and The Weeknd played it cool at the Victoria's Secret Fashion Show on Thursday. The former couple, who are currently in Paris taping the show, acted like total pros as they passed each other on the runway during the singer's performance. Even though they are no longer dating, Bella told E! News that there are no hard feelings between them. "There is no awkwardness," she said. "He is my best friend."