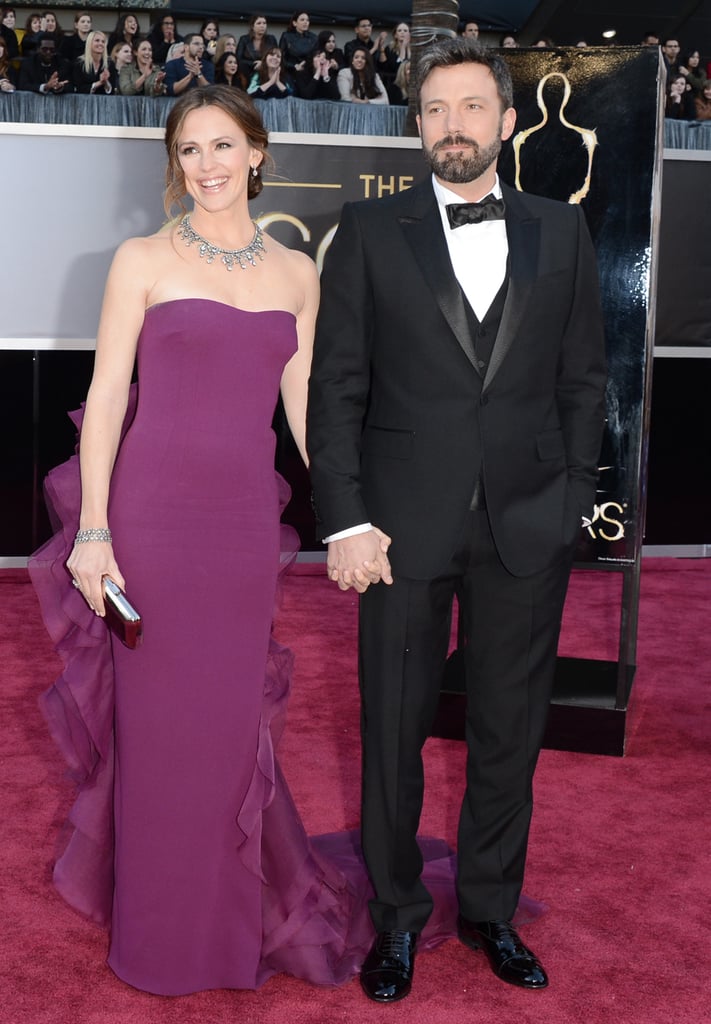 Ben Affleck walked the Oscars red carpet today with his wife, Jennifer Garner. She wore a purple Gucci gown custom-made especially for her. They've become a fixture at the awards shows this season, as Ben won best director and best picture, drama, for Argo at the Golden Globes, as well as a slew of similar awards at the BAFTAs, SAGs and Critics' Choice Awards. One trademark item that Ben has carried through all of his big wins has been the scribbles his daughters have written on his hands for good luck. Hopefully that good luck will carry over today, as Ben's film is up for best picture. Of course, this isn't Ben's first visit to the Oscars — this year marks his sixth time at the awards show. Be sure to weigh in with your thoughts on Jen's dress with our red carpet beauty and fashion polls for today's festivities.