Ben Affleck and Rebecca Hall were in London last night for the UK premiere of The Town at the Odeon West End. The co-stars have taken their film around the world, from the festivals of Venice and Toronto to Ben's home turf of Boston. They were without their co-stars Blake Lively, Jon Hamm and Jeremy Renner, but the gang's hard work has paid off as their movie took the number one spot at the US weekend box office (it's released here on October 14). While in London, Ben also explained why he won't work with Jennifer Garner. 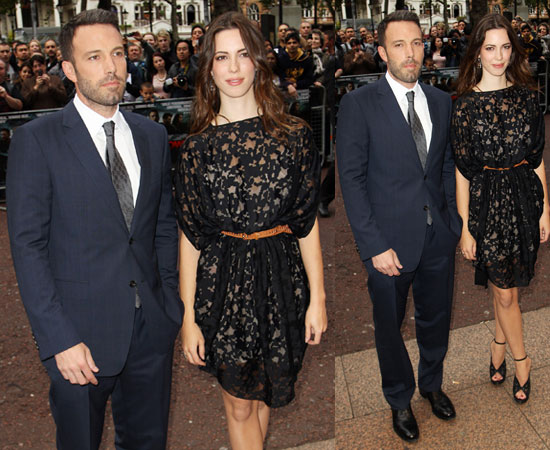