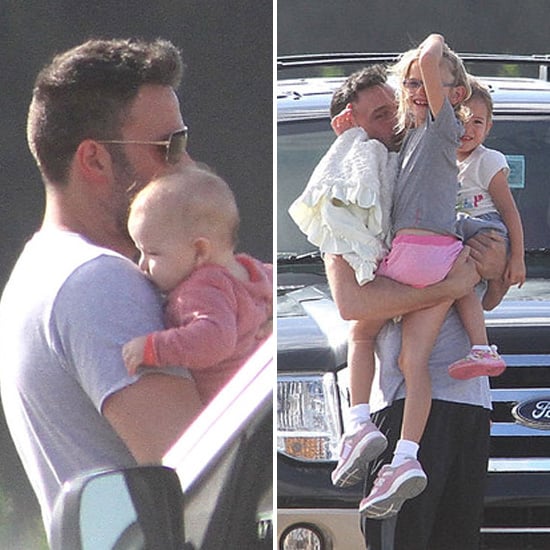 Ben Affleck gave his daughters, Seraphina and Violet, big hugs on Sunday when they arrived in Puerto Rico. He walked out onto the tarmac to greet the girls, as well as his wife Jennifer Garner, shortly after they landed in a private jet. Jennifer, meanwhile, had her own arms full carrying their young son, Samuel. It was Samuel's latest outing after a big Fourth of July. We had a first look at Samuel Affleck earlier this month on the US holiday. Ben's on the Caribbean island working on his new movie, Runner, Runner, alongside co-stars Justin Timberlake and Anthony Mackie. Ben's back to shooting after a stint working on his own film, Argo, earlier this year.