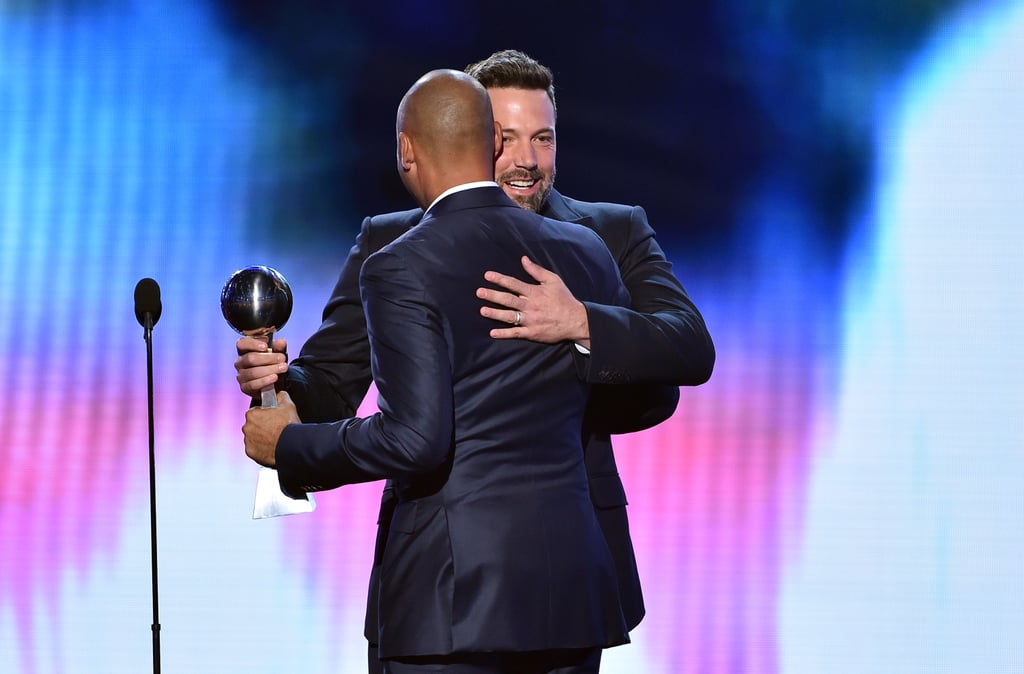 Ben Affleck Wears His Wedding Ring on Stage at the ESPYs

Ben Affleck took the stage at the ESPYs in LA on Wednesday wearing one noticeable accessory: his wedding ring. The actor honoured the incredible career of New York Yankee Derek Jeter, and didn't make any attempts at hiding his ring finger during his speech. Ben's appearance comes just a few days after he was spotted wearing his ring while promoting his film Batman v Superman: Dawn of Justice at Comic-Con. The actor started his Saturday wearing the silver accessory on stage but was later seen walking around Santa Monica without it.

Ben and his wife, Jennifer Garner, announced their split on June 30 after 10 years of marriage. The parents of Violet, Seraphina, and Samuel spent time with their kids in the Bahamas shortly after the news broke then quickly got back to work. Jennifer was also spotted wearing her wedding ring while out in Atlanta on July 11. Keep reading to see more of Ben on stage at the ESPYs, then check out his intriguing lower back tattoo.

Award Season
Trevor Noah Is Hosting the 2021 Grammys, and He Has Plenty of Joke Material to Work With
by Monica Sisavat 5 days ago

Award Season
Brace Yourselves, Stans, Here Are the 2021 Grammy Nominees
by Mekishana Pierre 5 days ago