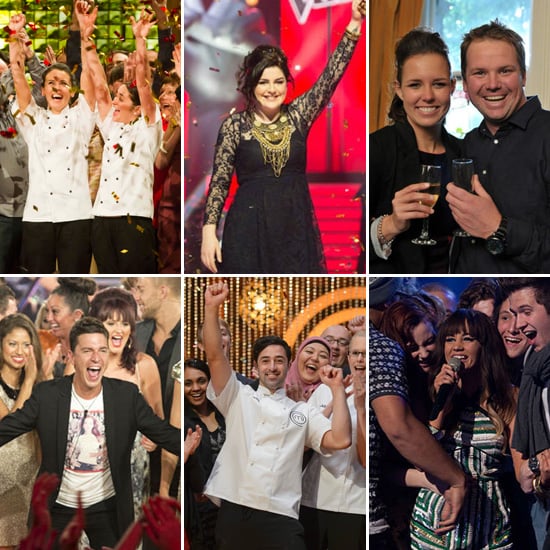 2012 was another huge year for reality TV, particularly Australian shows that continued to bring in high ratings for the commercial networks. My Kitchen Rules got the cooking shows started while newcomer The Voice blew everyone away with its superstar coaches, spinning red chairs and, well, amazing voices. The Block was once again a great mix of couples drama and home renovation, and Big Brother returned to the small screen after a four-year hiatus with a new network, a new look and a new host. MasterChef took a back-to-basics approach (and cooked up an All Stars spin-off) and The X Factor wrapped things up by giving us Australia’s new pop princess. Yep, we watched a lot of reality TV, but these are the ones that hooked us in the most. The question is: which one was your pick for 2012?

TV
Unsolved Mysteries: The 4 Biggest Theories on What Happened to JoAnn Romain
by Monica Sisavat 18 hours ago

TV
Etsy Is Selling Schitt's Creek Face Masks, and You Bet One Says "You Just Fold It In"
by Emily Weaver 19 hours ago

TV
The Right Stuff: Read This If You Can't Wait to Find Out Who Makes It to Space First
by Ashley Ortiz 21 hours ago