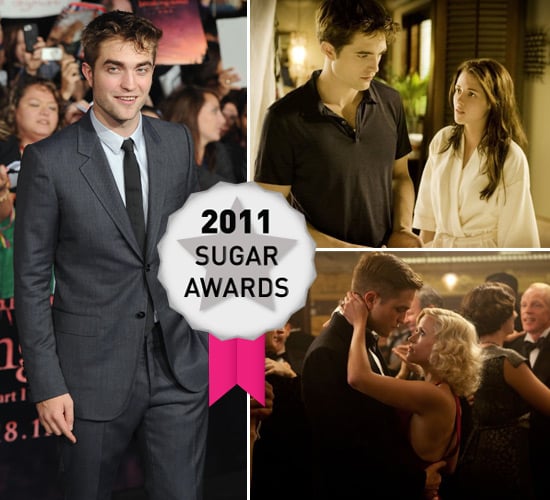 It’s been a pretty big year for Robert Pattinson, which is why it’s not surprising that he won our 2011 Sugar Award for best movie actor! He joins his Breaking Dawn Part 1 leading lady Kristen Stewart, who yesterday took out the best movie actress category. Aside from reprising his role as the dreamy Edward Cullen in the fourth instalment of the Twilight series, he had another turn as a leading man in Water For Elephants, the big screen adaptation of Sara Gruen’s historical novel about a travelling circus in the Depression era. Australian fans even got a glimpse of the star when he came to Sydney to promote the film with his onscreen love interest Reese Witherspoon. Up next for Robert? Different roles in Bel Ami and Cosmopolis, and one last Twilight outing in Breaking Dawn Part 2. In this category Robert beat out Ryan Gosling, George Clooney, Brad Pitt, James Franco and Michael Fassbender.

Movies
In Case You Were Curious, Here's What the Halloweentown Cast Has Been Up to Since 1998
by Monica Sisavat 6 hours ago