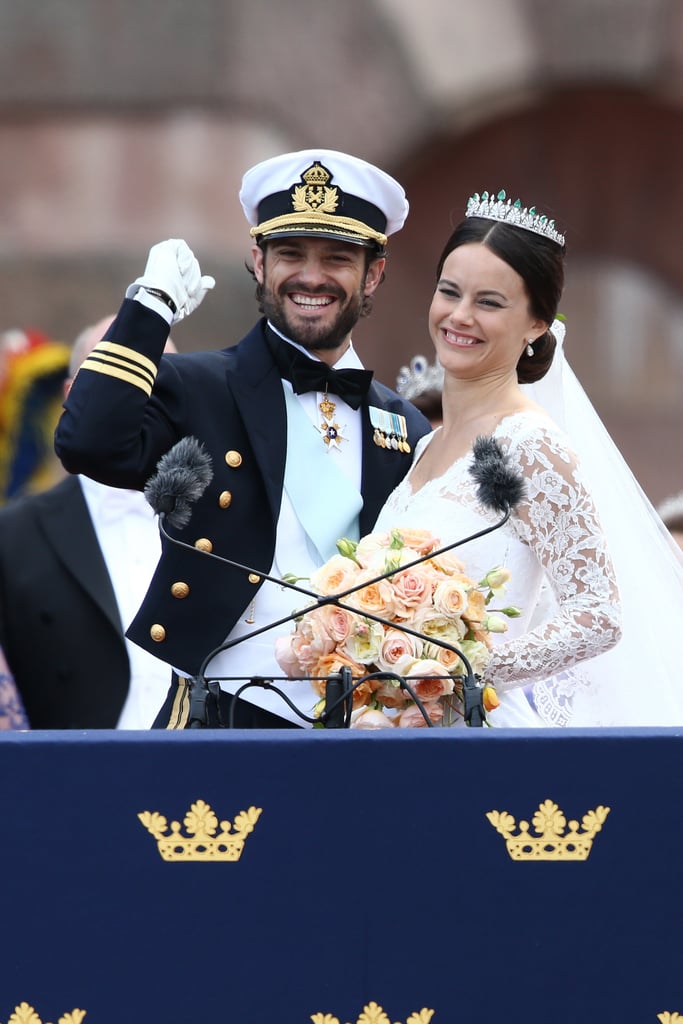 Prince Carl Philip married Sofia Hellqvist in a gorgeous wedding at the Royal Palace of Stockholm in Sweden on Saturday. The lavish event was attended by many members of the Swedish royal family, including Prince Carl Philip's sisters, Princess Madeleine and her family and Crown Princess Victoria and her family. Sofia's siblings, Lina and Sara, were also there to witness the nuptials, as were Queen Silvia of Sweden and King Carl XVI. There were many memorable moments from the big day, including plenty of sweet PDA between Prince Carl Philip and his bride, the newly titled Duchess of Värmland. Keep reading for the 13 best pictures from the royal wedding!