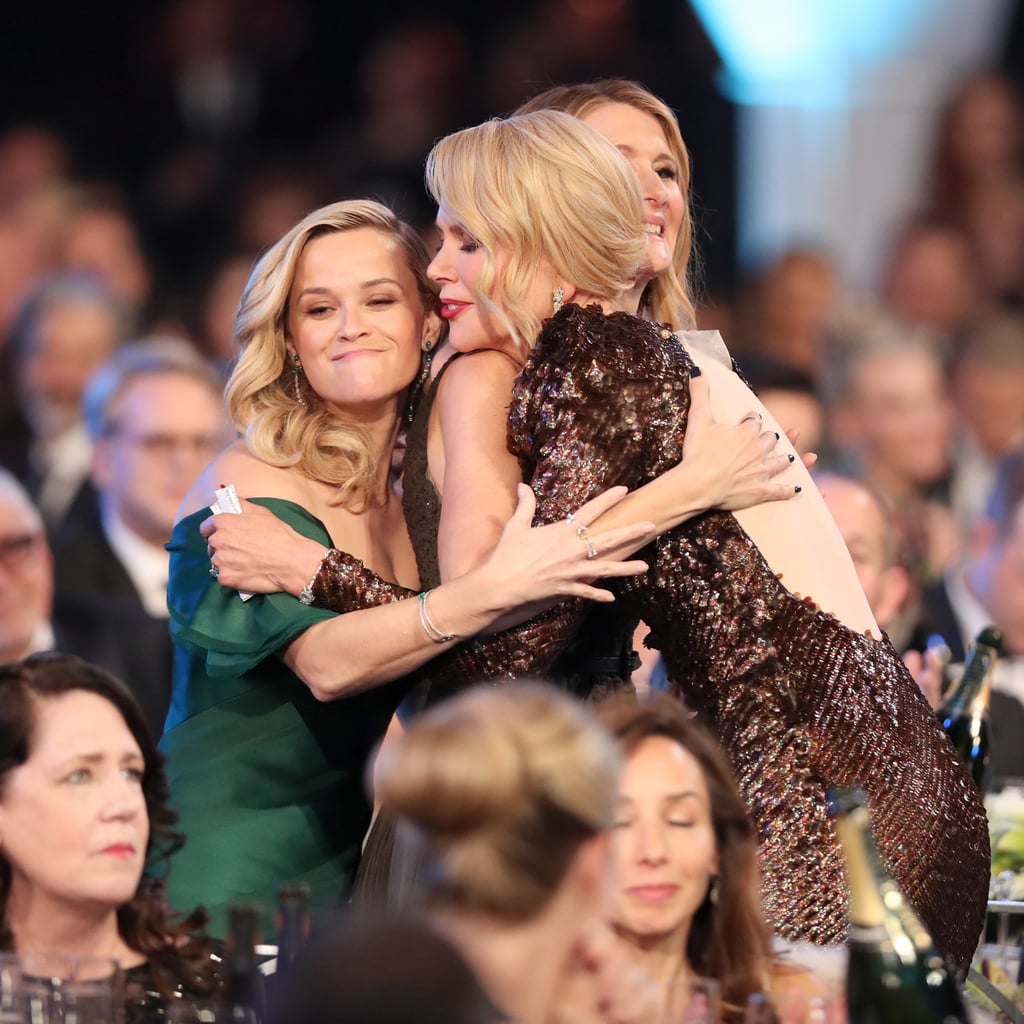 The 2018 Screen Actors Guild Awards took over LA on Monday, bringing out stunning red carpet looks, heartwarming acceptances speeches, and even a few awkward moments. The show had a host for the first time ever, and Kristen Bell took her inaugural duties seriously as she introduced the A-list presenters and shared a moment with her husband, Dax Shepard, in the audience.

This year, Screen Actors Guild put forth a conscious effort to shed light on the ongoing conversations of sexual misconduct and equal pay in Hollywood and beyond. In addition to having all-female presenters like Halle Berry, Lupita Nyong'o, Brie Larson, Rosanna Arquette, and Marisa Tomei, first-time winner Nicole Kidman called out ageism and sexism in Hollywood in her emotional acceptance speech. Keep reading to see the best photos from the SAG Awards!