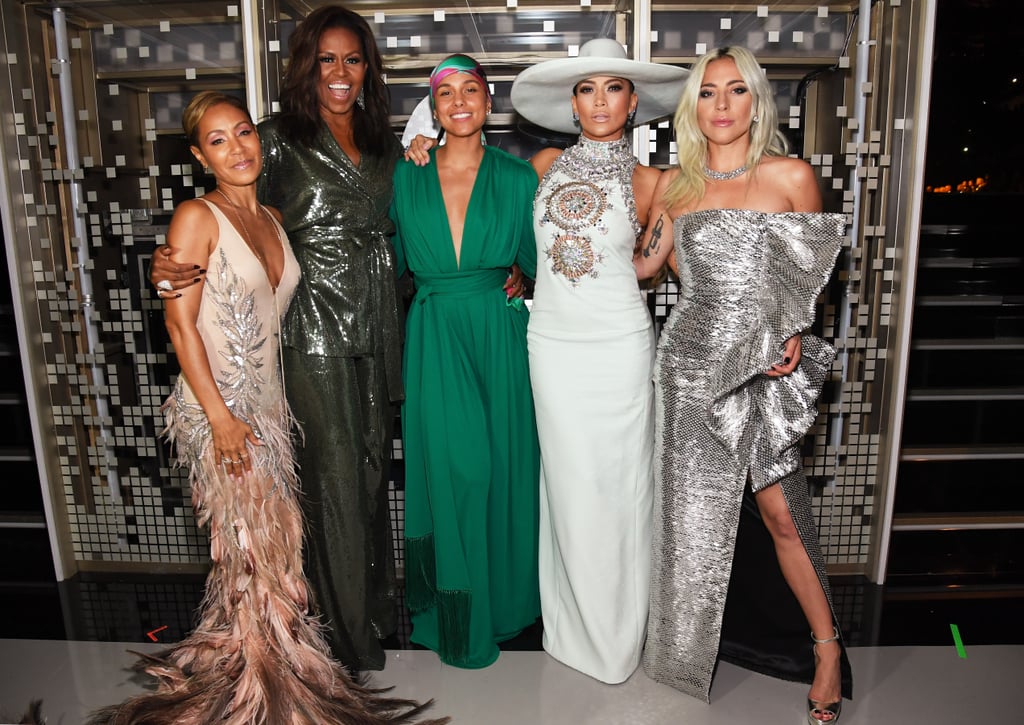 The Grammys went down in LA on Sunday night, and as you may have expected, it did not disappoint. On "Music's Biggest Night," we were treated to soulful, sultry performances from Kacey Musgraves, Miley Cyrus, and Cardi B, who steamed things up onstage with "Money." The night's many winners, including Lady Gaga and H.E.R., poured their hearts out in emotional acceptance speeches, but the night wasn't without its fun, lighthearted moments, like Diana Ross getting the crowd on their feet, and host Alicia Keys playing two pianos at once (yes, really). And who didn't freak the hell out when Michelle Obama showed up on stage?! Nobody, that's who.

We've rounded up the hottest photos from the red carpet and show, along with many cute moments you didn't see on TV. Scroll through to see them all now!

Related:
In Case You Missed It, Here's a List of Everyone Who Attended the 2019 Grammys
Previous Next Start Slideshow
Join the conversation
Award SeasonRed CarpetCardi BDiana RossGrammy AwardsLady GaGa
More from POPSUGAR
From Our Partners
Related Posts

Award Season
The Weeknd Wasn't Nominated For a Single Grammy, and I Need Answers
by Monica Sisavat 5 hours ago