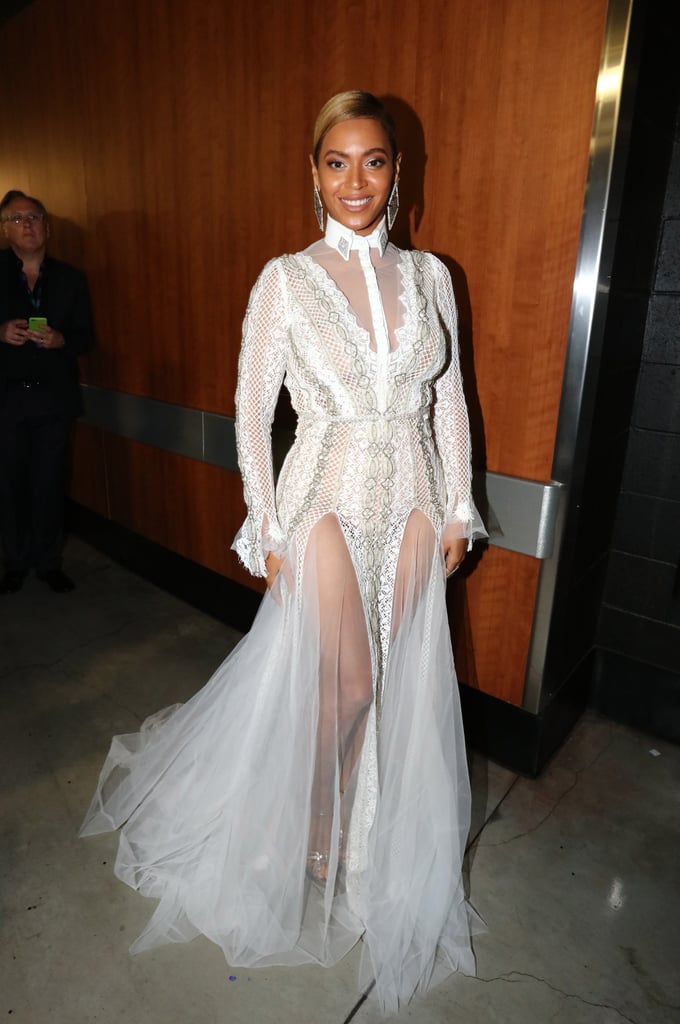 Beyoncé Makes a Casual Surprise Cameo at the Grammys!

Once news spread that Rihanna had cancelled her Grammys performance on Tuesday, we were a little scared that the show would be lacking some serious #BlackGirlMagic — but, true to form, Beyoncé came to save the day and bring some flawlessness to the stage. The "Formation" singer popped up to present the award for record of the year to Mark Ronson and Bruno Mars for "Uptown Funk," just an hour or so after her presence was announced at one of the commercial breaks.

Before her surprise Grammys cameo, Beyoncé made headlines — and caused backlash — with her new music video and subsequent Super Bowl half-time Show performance; many felt as though the powerful imagery in her set was inappropriate — a concept that Saturday Night Live recently lampooned with a skit in their latest episode. Keep reading to see Beyoncé at the Grammys, then check out 10 things you may not know about her "Formation" video.