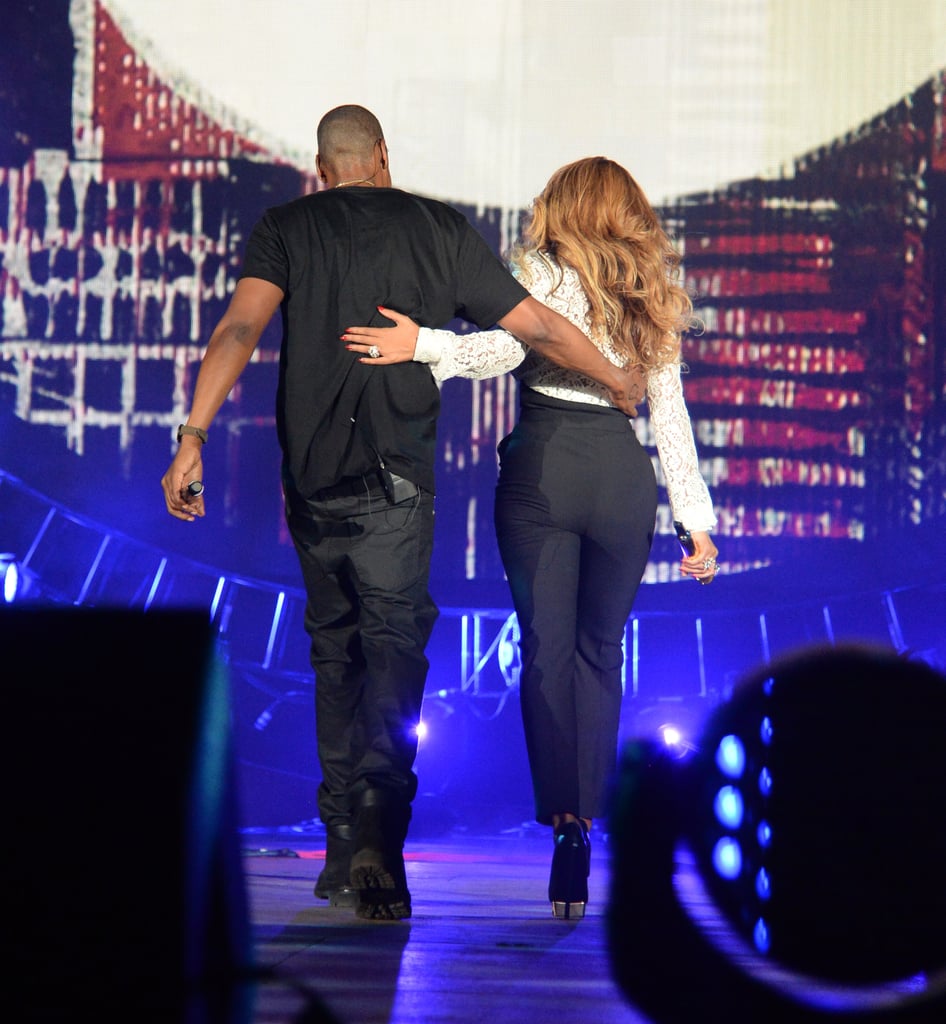 Beyoncé and Jay Z reunited onstage on Saturday when they linked up to perform at the 2014 Global Citizen Festival in NYC. While Jay was already slated to take the stage at the music event, which was organised to fight extreme poverty, he surprised the audience when he brought out his wife to perform "Holy Grail." The pair's performance came just a few weeks after they wrapped up their joint On the Run tour, which finished with a performance in Paris that was televised on HBO. Throughout the US Summer, the superstar couple has been battling intense breakup rumours, so it was fitting that the pair took the stage again in the Big Apple to perform Jay's hit (which he originally sang with Justin Timberlake) about the drawbacks of being in the public eye. Keep reading to see Jay and Bey's performance and catch pictures from their big night.

Race and Culture
Beyoncé Calls For an End to SARS and Its "Senseless Brutality" in Nigeria: "I Am Heartbroken"
by Grayson Gilcrease 10 hours ago