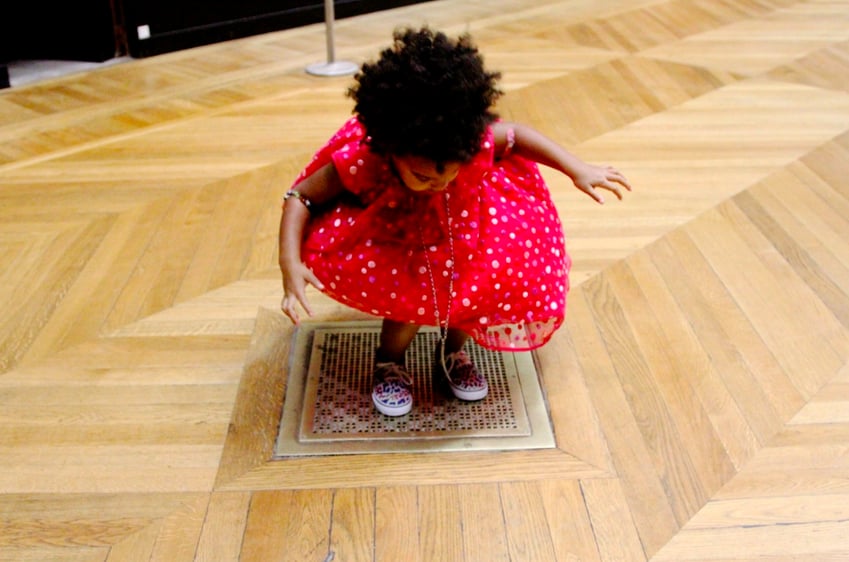 Beyoncé Knowles and Jay Z took a family trip to the Louvre museum in Paris this week and even while surrounded by iconic works of art (including the Mona Lisa), it was their 2-year old daughter Blue Ivy Carter that managed to steal the show. While touring the historic building, Blue stumbled upon a grate and unknowingly channelled one of the most famous figures of all time while letting her pink dress billow in the air. While we highly doubt that Blue knows about Marilyn Monroe or The Seven Year Itch, it doesn't make this moment any less adorable; Beyoncé thought so too, as she snapped photos of her little one on her iPhone with a huge smile on her face.

The Knowles-Carter clan has been spending time overseas since Jay and Bey wrapped their On the Run Tour at the Stade de France last month. They took in a soccer match with David Beckham last week, and rumours quickly spread that they were considering buying property in Paris after the couple was spotted checking out real estate in the city. After a whirlwind year for both of the stars — they've basically been on tour, both together and separately, since 2013 — it seems as though they're finally getting in some family time with no major confirmed projects on the way. Keep reading to see more photos of Blue Ivy's big day at the Louvre.