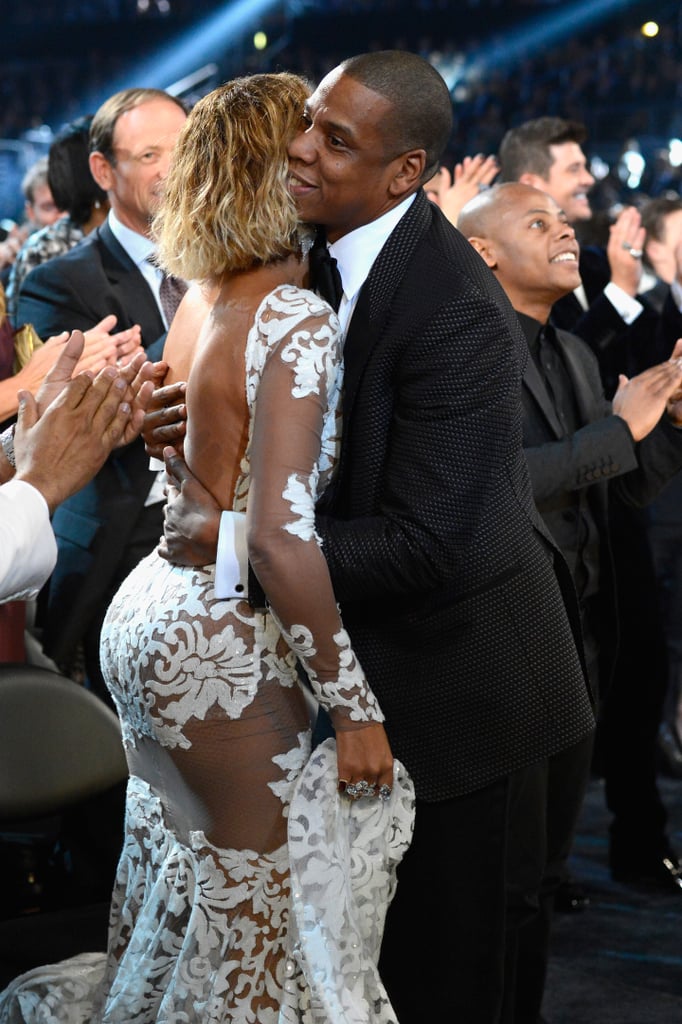 Beyoncé Knowles was on fire at the Grammys in LA today. After opening the show with a super sexy performance of "Drunk in Love" with Jay Z, she stepped backstage, where she covered up her hot ensemble with an oversize jacket. Jay Z wrapped his arms around her as they hung out backstage. Later, she popped up in the audience in a cut-out white gown with a tuxedo-wearing Jay by her side. They shared a hug and a kiss after Jay picked up the award for best rap collaboration.

Beyoncé isn't up for any awards solo today, but her collaboration with her husband, Jay Z — "Part II (On the Run)" — was up for best rap/sung collaboration; it lost to Jay Z's other collaboration, "Suit & Tie" with Justin Timberlake. Keep clicking for more of Beyoncé and Jay's Grammys night, and be sure to vote on all our Grammy Awards polls here!

Music
Halsey Doesn't Hold Back After Being Snubbed For a Grammy: "It's Not Always About the Music"
by Grayson Gilcrease 20 hours ago