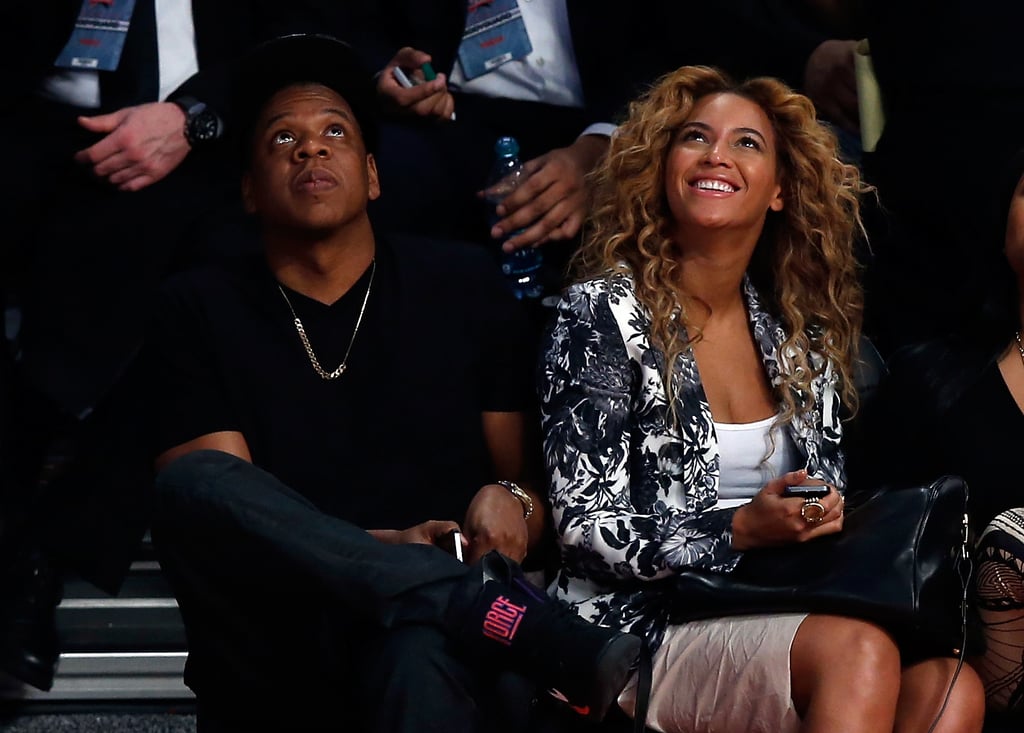 Beyoncé Knowles and Jay-Z were in Houston last night to attend the NBA All-Star Game. They were treated to opening performances from John Legend and Ne-Yo, as well as a later set by their pal Alicia Keys, before going on to watch the West beat the East with the help of LA Lakers player Kobe Bryant. The loss was a disappointment to the Miami Heat's LeBron James, who kicked off the fun weekend at Saturday's Two Kings dinner with Jay-Z and Beyoncé. The annual Two Kings event, which typically takes place over the All-Star Game weekend, was extra-special for Jay-Z this year. It's the first-ever season for the Brooklyn Nets, of which he is a part owner. There was more fun in store for the couple too — Saturday brought the debut of Beyoncé's HBO documentary, Life Is But a Dream.