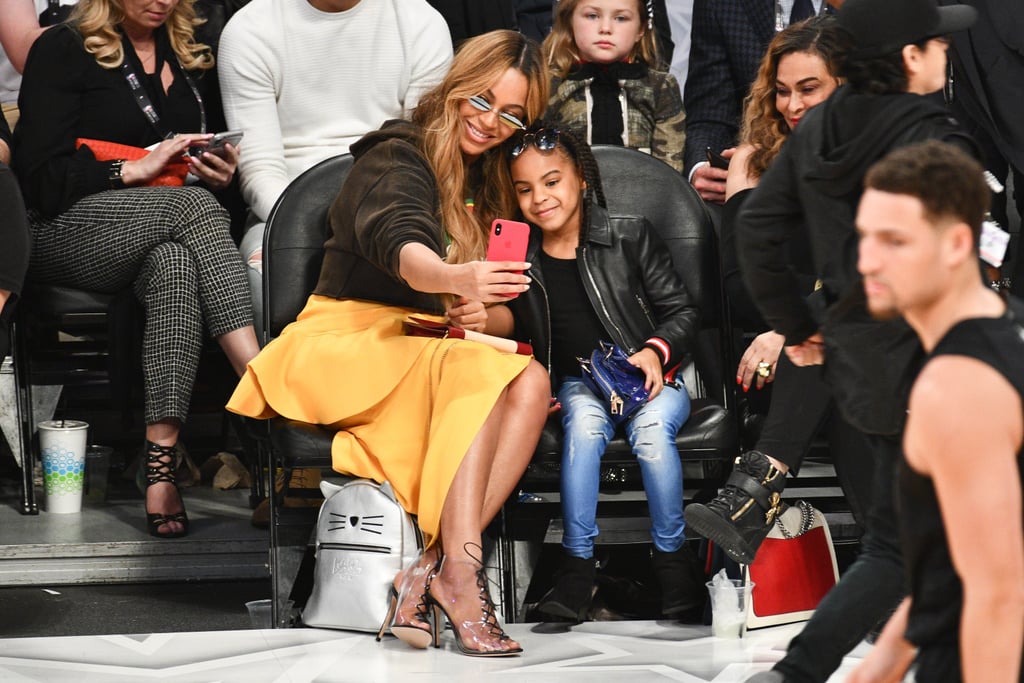 Quick! Here Are All the Instagram Captions You Can Use From Beyoncé's "Top Off" Verse

Beyoncé is back — although, let the record show we'll never actually admit she went anywhere at all. After appearing in remixes of Ed Sheeran's "Perfect" and J Balvin's "Mi Gente," the iconic artist debuted a triumphant verse in DJ Khaled's newly released single "Top Off," managing to effortlessly overshadow featured artists JAY-Z and Future in the process.

In the confident — if not cocky — song, Beyoncé boasts about breaking the internet, sitting courtside with her husband, and generally just f*cking it up in the best way possible. Beyoncé also seems to allude to her meeting with Tiffany Haddish, which the comedian promptly told virtually everyone about. In the delightfully shady line, Beyoncé considers the possibility of having people sign non-disclosures before partying with her.

Because we know what you're already thinking, read through all of her standout "Top Off" lyrics ahead and pick out your favourite one for your next Instagram caption.