Beyoncé Knowles debuted yet another new hairstyle for a date night with her husband, Jay Z, to hit up the MTV VMAs after party at NYC's Dream hotel last night. She tried a new look with her short locks by going wavy to join her peers for the fun surrounding the music industry's celebratory event. While we were initially worried that Beyoncé's new 'do would affect her signature hair whip, the star proved us wrong when she nailed her famous flip during her performance at England's V Festival two weeks ago.

Although Jay Z and Beyoncé did not perform at last night's MTV VMAs, despite the show being held at Brooklyn's Barclays Center, which Jay Z helped fund, the couple are gearing up to hit the stage together soon. Beyoncé is joining her husband on the performance lineup for Budweiser's second annual Made in America Festival, which is curated by Jay Z, in Philadelphia on Aug. 31.

Award Season
Tell Me It's 1995, Because That's the Decade Dua Lipa's Outfit Is From
by Sarah Wasilak 21 hours ago 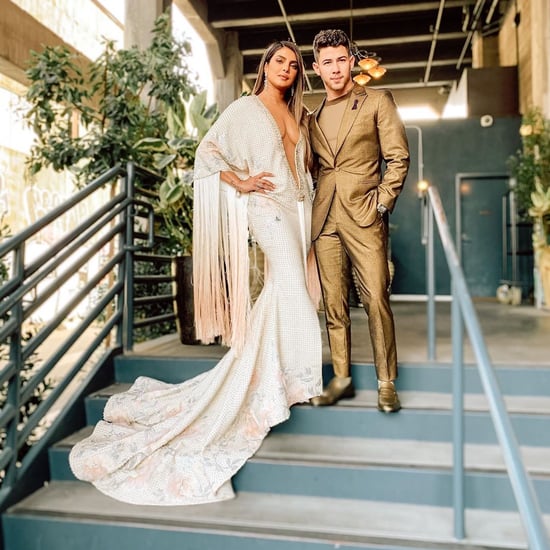 Saweetie
Seeing Stars! Beyoncé and JAY-Z’s Roc Nation Brunch Brings Out Some of Music's Finest
by Brea Cubit 2 days ago