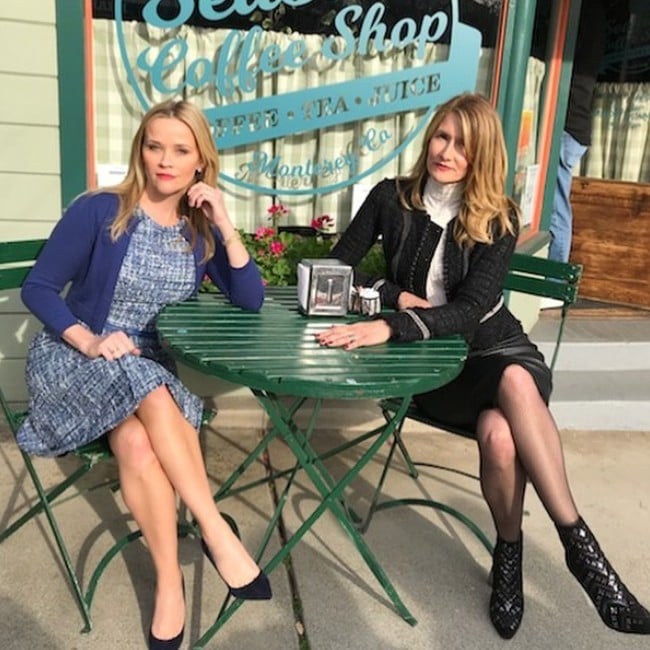 The Wait Is Over! Check Out These Behind-the-Scenes Photos From Season 2 of Big Little Lies

Production is officially underway for season two of Big Little Lies. After much anticipation — and some exciting new additions to the cast — our prayers have been answered and we finally have a sneak peek of what's to come. First, Zoë Kravitz (Bonnie Carlson) shared an Instagram selfie of herself on set, writing, "Bonnie's. Back. #BLL2." Moments later, Shailene Woodley (Jane Chapman) followed suit with a snap of her own, captioning it, "JANES BACK. #letsdothis #BLL2." Laura Dern was quick to follow with her own photo a few days later, and the pictures just kept coming.

According to The Hollywood Reporter, the reason HBO waited so long to confirm the second season was because they were finding a new director. Jean-Marc Vallée, who directed the first season, is now directing Sharp Objects. But don't worry, American Honey director Andrea Arnold has signed on for season two. Keep reading to check out some fun behind-the-scenes shots from the whole cast!

Related:
Who Will Meryl Streep Play on Big Little Lies? Here's What We Know About Her Juicy Role
Previous Next Start Slideshow
Join the conversation
TVBig Little LiesCelebrity InstagramsZoë Kravitz
More from POPSUGAR
From Our Partners
Related Posts

TV
Supernatural (Kind of) Made Destiel Canon, and Then Everything Went Terribly Left
by Mekishana Pierre 5 hours ago

TV
Sorry, Everyone, but a Season 2 of The Undoing Is Highly Unlikely
by Monica Sisavat 5 hours ago

LGBTQ+
Laverne Cox Details Harrowing Transphobic Attack in Instagram Video: "This Is My Life"
by Kelsie Gibson 5 hours ago

TV
9 Holiday Sweaters We Went Shopping For, Thanks To David Rose's Outfits on Schitt's Creek's
by Nikita Charuza 5 hours ago

Music
Halsey Doesn't Hold Back After Being Snubbed For a Grammy: "It's Not Always About the Music"
by Grayson Gilcrease 8 hours ago