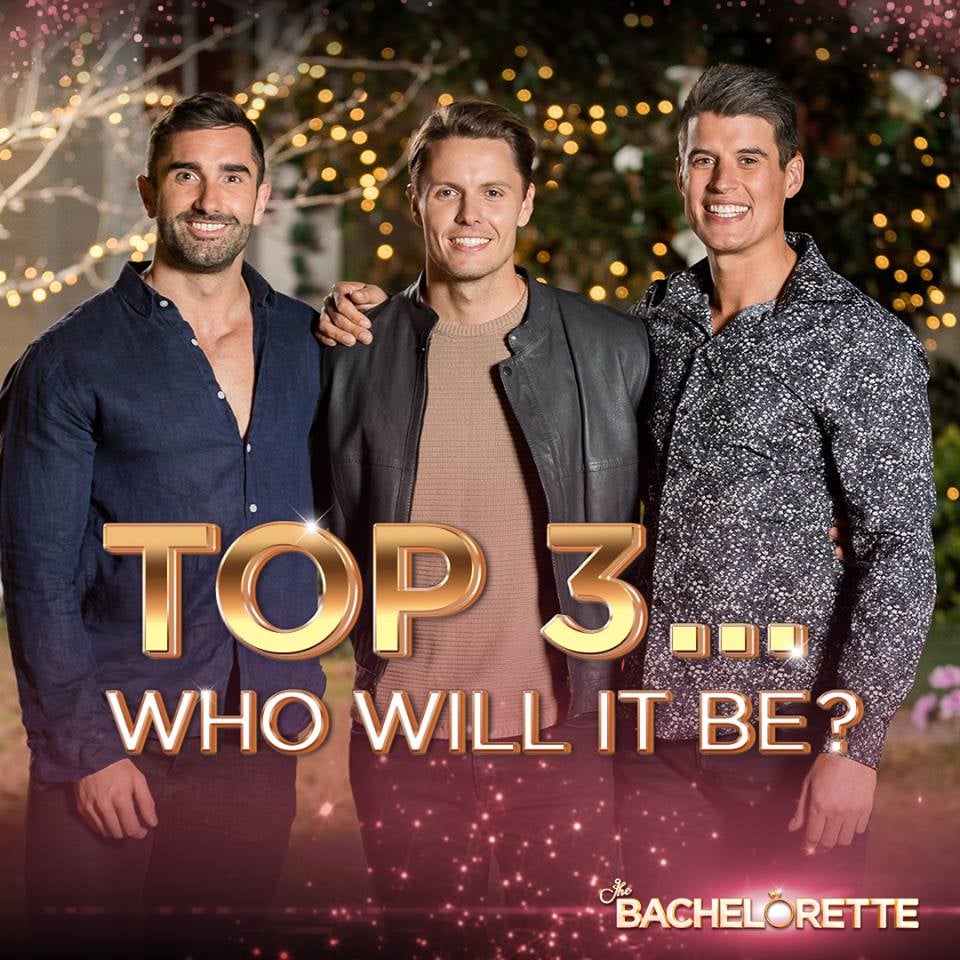 Spoiler Alert! One of the guys still vying for for Ali's heart on The Bachelorette has just been papped filming Bachelor in Paradise, which kind of, sort of, definitely means he doesn't win. Whoops! Look away now if you don't want to know which of the final three is currently looking for love in Fiji . . .

In photos obtained by The Daily Mail, Bill Goldsmith is seen living it up on the set of Paradise with his fellow contestant from this season, Nathan Favro. Although Bill was a stand out for Ali from the very first night, scoring both the coveted Wild Rose and the first kiss of the competition, clearly their flame must have burnt out at some point along the journey. Now the only question isn't whether he will be eliminated, but rather when. With the final three episode airing tonight, we won't have to wait long to find out. One thing's for certain, we're sure he and Nathan won't be the only guys from Ali's season throwing themselves in the ring again for a second chance at romance (or, you know, at least some extra Instagram followers.)

Celebrity Fitness
How Candice Warner Physically Prepared For SAS Australia, According to Her Trainer
by Bree-Grant 6 hours ago

TV
The One With 24 Little Doors: This 2020 Friends Advent Calendar Is Full of "Central Perks"
by Chanel Vargas 9 hours ago

TV
Mindhunter Season 3 Isn't Technically Cancelled, but It's Probably Not Happening
by Grayson Gilcrease 14 hours ago