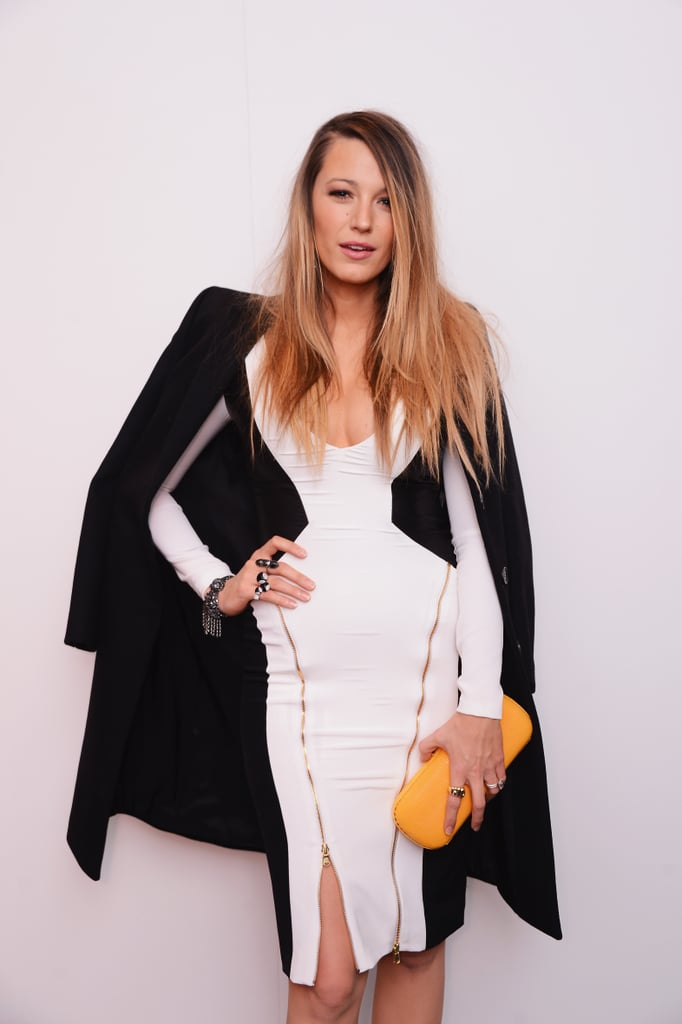 Blake Lively attended the Gabriela Cadena fashion show in NYC on Friday, marking her first public appearance since welcoming her daughter in December. Last month, we got our first glimpse at the new mum in a special video she participated in to help raise awareness for sex trafficking in America. While Blake's been lying low since the birth of her first child, her husband, Ryan Reynolds has been busy making the press rounds for The Voices. He popped up at the Sundance Film Festival and also sat down with David Letterman, though he didn't reveal any details about his baby girl, only sharing that they had given her a family name. New reports recently revealed that Blake and Ryan may have named their daughter James, though the news has yet to be confirmed.