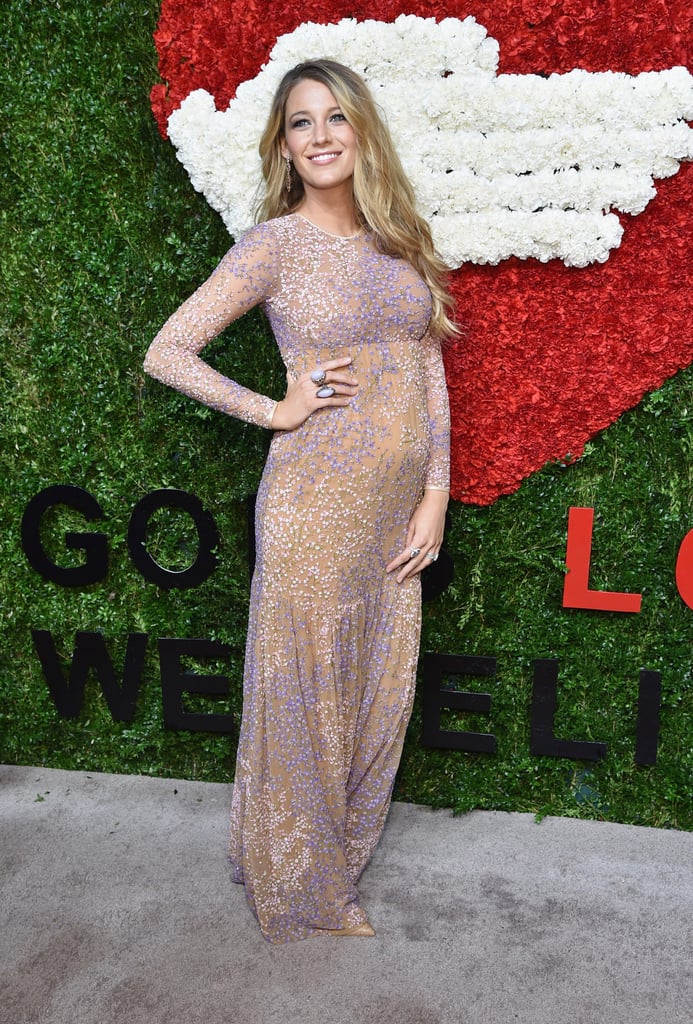 Blake Lively put her growing baby bump on display at the Golden Heart Awards in NYC on Thursday night, marking her first official red carpet appearance since announcing her pregnancy earlier this month. Clad in a stretch tulle Michael Kors gown, Blake was beaming while posing for photos, then made her way inside to mingle with Michael, as well as Halle Berry, Jaime King and Vogue editor Anna Wintour. Blake opened up about her pregnancy to People, first joking, "Have you seen me?!" before gushing about husband Ryan Reynolds: "He's always good to me," she said, adding, "You want to be able to complain about your husband and be that person, but he takes pretty good care of me."

The baby will be the first for Ryan and Blake; the former Gossip Girl star shared the happy news in a heartfelt editor's letter on her lifestyle blog Preserve recently, celebrating "all the expecting mothers out there," along with a photo of her belly. Blake showed off her bump again in a spread that featured an Autumn-themed party. The accompanying editorial, titled "The Allure of Antebellum," has recently come under fire for allegedly being plagiarised from a 2012 Examiner article. While Blake has yet to comment on the controversy, she seemed glowingly unfazed by the drama and was all smiles on the red carpet. Keep reading for more photos of Blake's Big Apple outing!