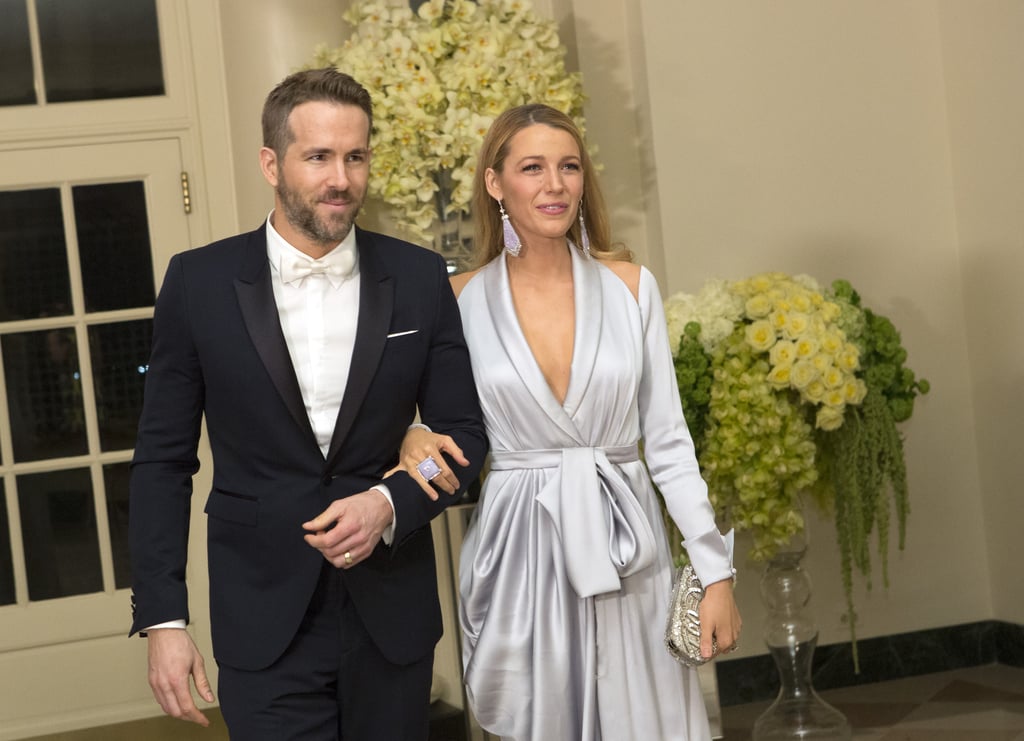 Ryan Reynolds and Blake Lively were all smiles as they arrived for the State Dinner at the White House in Washington DC on Thursday. The startlingly good-looking couple stayed close and appeared to share a laugh as they made their way into the event, which was held in honour of Canada's Prime Minister, Justin Trudeau, and his wife, Sophie — Ryan, as you may remember, hails from Vancouver, and his fellow Canadian stars Michael J. Fox, Mike Myers, and Sandra Oh were also on hand for the glamorous evening.

This is just the third time we've seen Blake and Ryan hit the red carpet together since welcoming their daughter, James, back in January 2015; Blake stepped out to support her man at a fan event for his superhero film Deadpool, and days later, they attended the amfAR New York Gala in Manhattan. Keep reading to see the couple's elegant night at the White House.