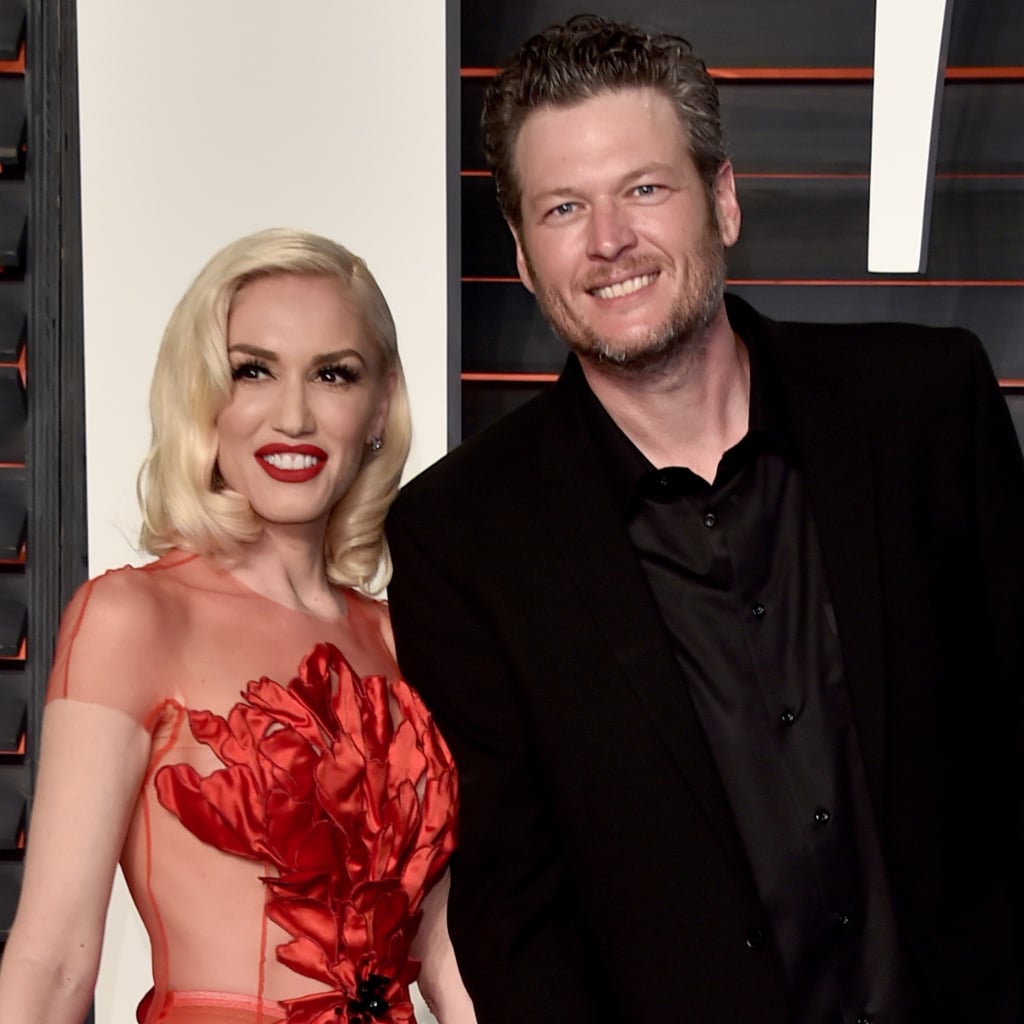 Blake Shelton and Gwen Stefani can now officially ride off into the sunset together. Last month, after Gwen Instagrammed a photo of a horse with the caption, "#bestpresentever," reports swirled that the gorgeous animal was a gift from her boyfriend, Blake — and in an interview with ET this week, the country star confirmed the purchase and revealed that he got himself a horse, too. "We got her horse, and I got myself a horse at the same time," he said, adding, "Gwen, she loves riding and she loves horses. It's actually so funny that people are so shocked by that, but if you can name me one girl on the planet that doesn't love horses or just think that they are beautiful . . . "

Gwen and Blake, who made their first red carpet appearance as a couple at Vanity Fair's Oscars after-party on Monday, haven't been shy about professing their love for each other in interviews — or in Gwen's case, through music. In addition to their swanky date night after the Academy Awards, the couple also attended the Tennessee wedding of Blake's one-time The Voice protégé RaeLynn.