The first footage of The Bling Ring featured a seductively dancing Emma Watson, and now the full trailer introduces us to her character, Nicki. Nicki and her friends (including American Horror Story's Taissa Farmiga) are pretty obsessed with the scene of young Hollywood, but rubbing elbows with them at LA clubs and dressing like them isn't enough. With the help of gossip blogs and Google, the kids start breaking into the homes of celebrities like Paris Hilton to steal their pricey clothes and accessories. Their new lifestyle catches up with them soon enough, and the titular bling ring has to face the law. 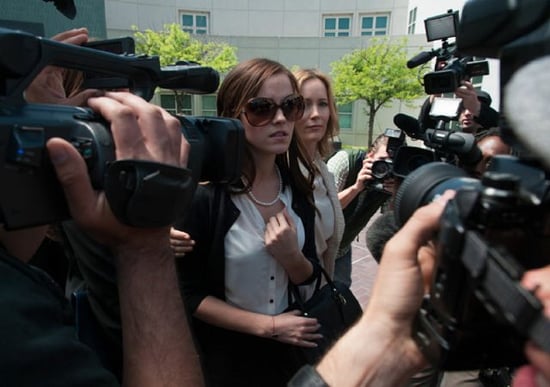 I love Emma Watson, but it's weird seeing her play someone so morally loose and shallow (then again, it's always weird seeing her play someone who's not Hermione). However, I do like that the movie (which is based on real events from just a few years ago) looks kind of satirical and funny, especially since director Sofia Coppola's work is usually so moody. The Bling Ring opens is scheduled for an August release, and you can check out the trailer after the jump.