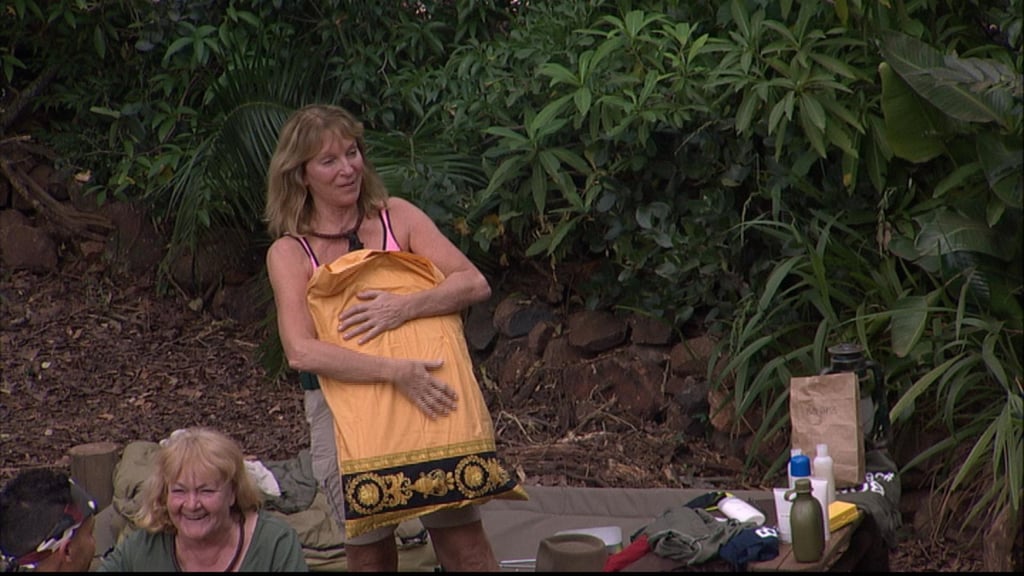 "Living With Laurina Is Not Easy!" Bonnie Spills on Life in the Jungle

Bonnie Lythgoe was the third celebrity to be eliminated from I'm a Celebrity . . . Get Me Out of Here! on Sunday night, and she was more than ready to go. Having had to work up the courage to sign on in the first place, Bonnie always knew she wouldn't be at home in the challenging African jungle environment. We spoke to the talented dancer, producer and theatre director about her time on the show, her issues with Laurina and what she really thinks of Shane Warne. Read on!

On how hard it really was:

"Oh, the hardest ever, it really was. Much harder than I ever expected. Even just in the bed, sleeping with everybody, the sounds of the jungle. . . It was just awful, there were so many things. But having said all of that, it was amazing. I wouldn't have missed it because I learnt so much about me, I was able to fight so many trials and get through things and get to know everybody. So there was more good than bad, but I will say it was one of the hardest things I've done in my life."

On doing something she never thought she'd do:

"I never saw myself doing it. I'm telling you, that contract sat on my desk for days, I couldn't sign it. I was like, no I can't, yes I can, no I can't, yes I can . . . And then finally one morning when I woke up, I was like, 'You've got to try, because then you will see how far you can push.' And of course, I had no idea what I was letting myself in for. When they told me they were going to do a helicopter drop and skydive, I nearly died. We went up 10,000 feet! I was so scared, I felt ill. You just fly through the air . . . and I went through clouds, because you're above the clouds. It was so scary! I knew that nothing was going to be easy. Every task was so hard, but I didn't want to come back without stars. I just wanted to have dinner for everybody, because that's what we looked forward to. Dinner at the end of the day was what we wanted, and if I came back with nothing . . . And I knew in my head if I did two challenges this week and I couldn't do them, I was going out anyway, I couldn't deal with it anymore."


On being closest to Jo Beth Taylor:

"I think it was her attitude towards being there. She became a friend because she was into yoga, and I love anything to do with dance and breathing. She was so into the right foods to eat rather than the wrong foods, which made me feel really good. She was a beautiful person inside, she loves her son so much. She has fought battles in her life we all have, but she's overcome them. I just felt she was somebody that was going to be a really close friend, and she certainly is. I don't make close friends too often, I make friends, but not close ones. She'll be a close friend for life, and I knew she was distraught when I left that night. I watched her and she was so upset. I couldn't look back, I had to go."


On living with Laurina:

"Living with Laurina is not easy. She's so opinionated and really wants to do what she wants to do. She doesn't realise yet that she's a member of a team, and she just wants to go off and sun-bake instead of picking up wood from the wood drop, which was her job. She wasn't really fulfilling jobs, and it's very frustrating, and we have to do the job we're supposed to do, or we lose brownie points. She constantly would interfere with Havana and start helping with the cooking, and she couldn't really do that, because we were the sufferers. It was just so many silly things like that, like she brought food back for the camp, and you can't do that! It was so frustrating for Chief [the team leader], because he was trying to say, 'Laurina, that is not what you can do,' but she still did it. There was one rule for Laurina and everybody else had a second rule, so that in itself was very frustrating. Even though I talked to her a lot, I said, 'Laurina, look, you've got to change, you can't be like this. Nobody will like you in the camp if you continue.' You couldn't change her, and that's what I found so annoying, it was so difficult."


On whether they could be friends in real life:

"She's just too different. Too young, really. They have different ways, different things in their lives. So no, she wouldn't be somebody I'd make a good friend of. If I saw her and passed her, we'd have a laugh and move on, probably. She's not someone I'd get too close to."


On who she wants to win:

"I would love two people to win — The Chief [Paul Harragon] and Anthony [Callea]. I love Anthony! I think he's a really good member, I think he's so talented. He'll try anything, and I'm just so happy he's still here. I think he'll be there for quite a long time. I'd like to see him in the top three."


On her opinion of campmate Shane Warne:

"I didn't know Shane beforehand, and I didn't know what to expect. He was nothing like I thought. He was charming, lovely, funny — he made me laugh so much. I believe we'll always have a close relationship. I've already agreed to meet him at San Lorenzo in London! He's just great, he's great. I really like him, and I learnt a lot about him and understand him very well. He's a great guy."