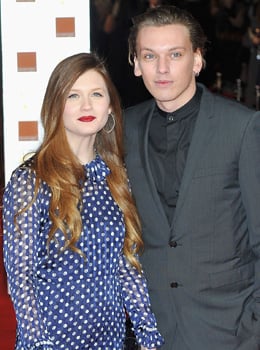 Bonnie Wright and Jamie Campbell-Bower have split. The Daily Mail reports that the young actors, who met on the set of Harry Potter and the Deathly Hallows (Bonnie starred as Ginny Weasley, Jamie had a cameo as Gellert Grindelwald) mutually ended their engagement and that Bonnie has moved out of the London townhouse they were sharing. Jamie confirmed the breakup and said he was “heartbroken.” They announced their engagement in April 2011 within six months of dating and often accompanied each other at red carpet events. Their last official public outing together was at the BAFTA Awards in February this year.