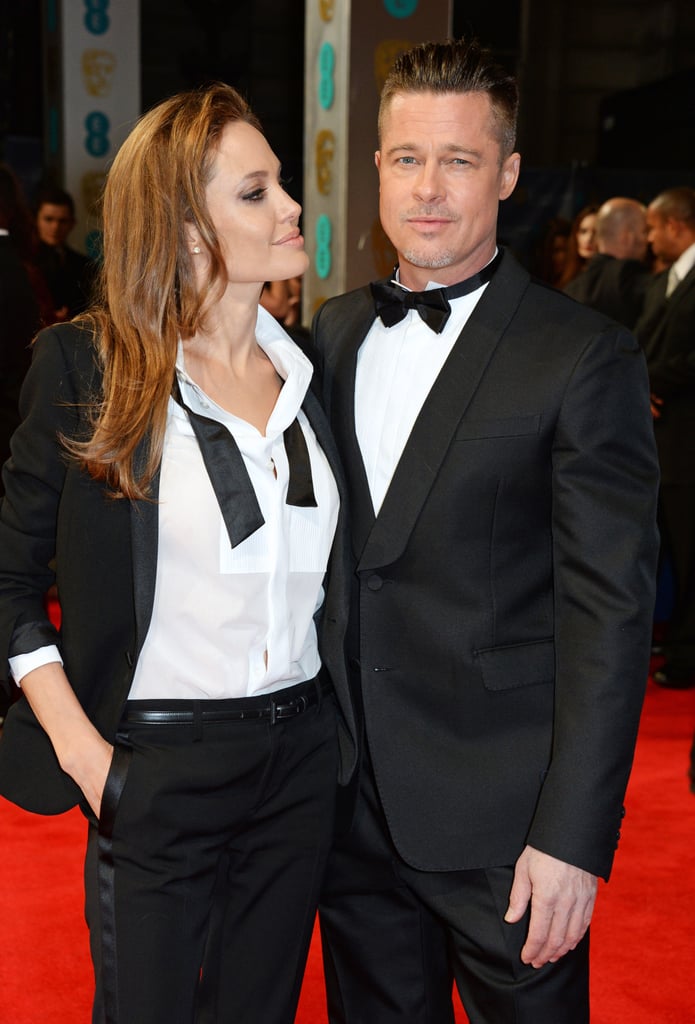 Angelina and Brad Are Picture-Perfect in Matching Ensembles

Angelina Jolie joined Brad Pitt on the red carpet at the BAFTA Awards in London on Sunday. Both actors donned tuxes, with Angelina leaving her jacket open and opting for a more casual approach. This marks Angie's first awards show of the season, having been busy filming Unbroken in Australia for the past month-and-a-half. Brad is in town to support his latest project, 12 Years a Slave, and hopefully pick up the award for best film. The film has a good chance of winning, having already nabbed the award for best motion picture, drama, at the Golden Globes in January. On Saturday, Angelina was spotted flying from LA to London with the couple's eldest child, Maddox. Keep reading to see Angelina and Brad's latest photos, and come back later to see what happens during the show!