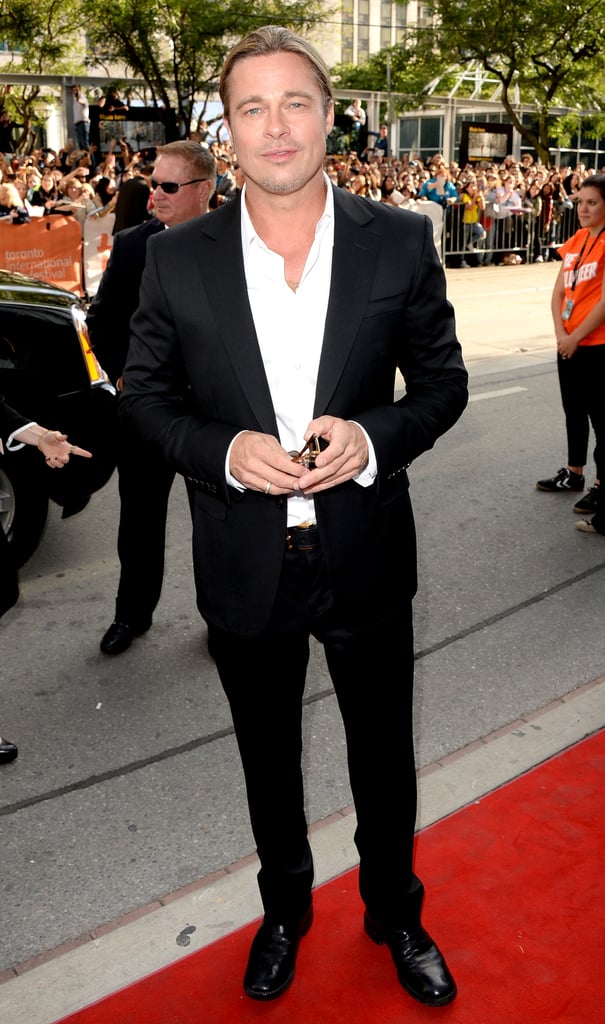 Brad Pitt suited up in Gucci for the Toronto Film Festival today to premiere his new film, 12 Years a Slave. As is common for films at TIFF, 12 Years a Slave is getting early award season buzz. In it, Brad stars alongside another handsome actor, Michael Fassbender. He and Brad made a surprise appearance last weekend in Colorado to promote the film, which tells the true story of a free man living in New York who is kidnapped and sold into slavery. Brad spoke about how powerful the story is last weekend: "First of all, I've seen this film a couple of times now and I find it a little difficult to speak afterwards." While Brad's been travelling the world for work, Angelina Jolie brought their six kids to Australia to start filming on her latest directorial effort, Unbroken.

Oscars
Brad Pitt on His Acceptance Speeches: "I Definitely Write Them"
by Whitney Friedlander 10/2